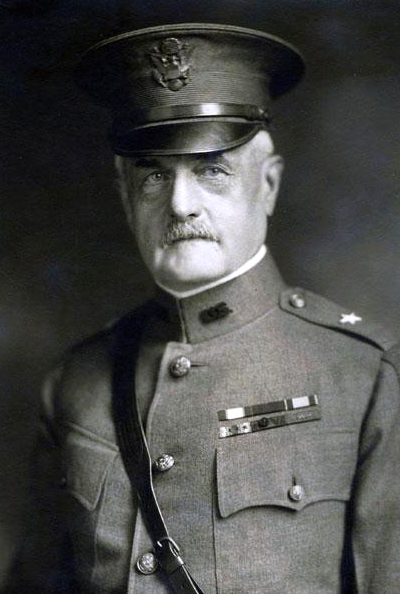 Samson Lane Faison, brigadier general, U.S. Army, was born in Faison, Duplin County. His father, Elias James Faison, was of French Huguenot and Dutch stock and his mother, Elizabeth Maria Lane, was of English ancestry. His father fought in the Civil War and his great-grandfather, Henry Faison (1744–88), fought in the American Revolution under Colonel James Kenan and Captain M. J. Kenan, both of Duplin County. His maternal grandfather, Samson Lane, for whom he was named, was a friend of President Andrew Jackson.

As a youth, Faison attended private schools in the Faison area, notably Faison Academy. In 1878, he received an appointment to the U.S. Military Academy at West Point from his congressman, Colonel A. M. Waddell. Upon graduation on 13 June 1883, Second Lieutenant Faison was assigned to the First Infantry, which was attempting to subdue Apache uprisings in the Arizona Territory. Faison was constantly in the field and ably performed his duty, earning the approval of General George Crook. The young lieutenant was one of the few officers present at the surrender of Geronimo, chief of the Chiricahuas, in May 1885. For his services, he was commended in General Orders 41, Headquarters of the Army, 1891, for "bearing uncomplainingly the almost incredible fatigues and privations as well as the dangers" incident to the operation.

The First Infantry was rewarded with a station in the San Francisco area, Department of California, from 1886 to 1890. During this period, Faison served a brief tour at Fort McDermitt, Nev. Promoted to first lieutenant on 24 Feb. 1891, he attended the Army's Torpedo School at Willett's Point, New York Harbor, graduating in October 1891. In December he was assigned recruiting duty in Oregon and in March 1892 was transferred to the Department of California. During August and September 1894 he inspected the National Guard at Carson City, Nev., and in October 1895 returned to recruiting duties in Lynchburg, Va., where he served until October 1896. From 1896 to 1899, he was senior instructor in the Department of Infantry Tactics at West Point.

Following promotion to captain on 1 July 1898, Faison was determined to take part in the suppression of the Philippine Insurrection. At his request, he was relieved of his duties at West Point early in 1899 and sailed with the Thirteenth Infantry in April. Arriving in Manila on 29 May, he immediately went into the field and saw action at Guadeloupe Ridge, Cavite Veijo, and San Francisco de Malabon. In November 1899 he was included in General Lloyd Wheaton's Expeditionary Brigade, which proceeded by sea and disembarked under fire to capture San Fabian on the Lingayen Gulf. This strategic move forced the evacuation of Dagupan, the terminus of the only railroad, and opened direct communication with Manila; it was followed by a skirmish to Rabon River and later by the repulse of a strong night attack by insurgents upon the town of San Jacinto. During this tour, Captain Faison served as adjutant general of different units. Perhaps his most valuable duty was to restore order in the wake of the insurrection and reestablish civil government. He also realized an early ambition—pursuit of the legal profession—when he was frequently employed by the division commander, General Arthur MacArthur (father of General Douglas MacArthur), who was governor general of the Philippines, as judge advocate of military commissions and as judge of the provost court, the first American so appointed. 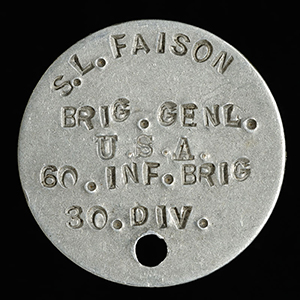 The regiment sailed for home in the fall of 1902 and was stationed on Angel Island in the San Francisco area. Although not qualified by seniority, Faison was assigned command of Fort Mason, headquarters of the commanding general of the Department of California, in recognition of his accomplishments and reliability. After three years, he was transferred on 5 Oct. 1905 to the office of quartermaster general in Washington, D.C. Following his promotion to major on 30 June 1906, he was—at his request—relieved of duty in Washington and assigned to the Twenty-fourth Infantry. He then returned to the Philippines, where he commanded Camp Downs on Leyte Island. In February 1908 he came back to the United States via Suez and was stationed at Madison Barracks, N.Y. In 1910, he received the coveted honor of attending the Army War College as a student. There he so distinguished himself that, upon graduation in 1911, he was retained as an instructor and assistant director.

On 27 Sept. 1911 Faison was promoted to lieutenant colonel and assigned to the Fifth Infantry at Plattsburg Barracks, N.Y., where he arrived in time to command the extensive maneuver exercises of 1912. Two years later he was ordered to Panama for duty in the Canal Zone. Following his promotion to colonel on 2 Oct. 1915, he took command of the Twenty-fifth Infantry, stationed at Schofield Barracks in Honolulu, Territory of Hawaii, in January 1916. With the entry of the United States into World War I, Colonel Faison was transferred in July 1917 to the command of the Forty-second Infantry at Fort Douglas, Utah. On 30 Aug. 1917 he was promoted to brigadier general, National Army, and given command of the Sixtieth Infantry Brigade (comprised of North Carolina troops) of the Thirtieth ("Old Hickory") Division at Camp Sevier (Greenville), S.C. As senior brigade commander, General Faison was in command of the division from January to May 1918 when, training completed, it was ordered to France, via England, arriving at Calais on 8 June 1918. The division was attached to a British corps and served mostly in Belgium, where it saw action in Canal Sector (defensive) from 16 July to 30 August in Ypres-Lys (offensive) from 31 August to 2 September, when the division was transferred to France and took part in the Somme offensive until 20 Oct. 1918. While in France, Faison was acting major general until General Lewis took command. General Faison and the Sixtieth Infantry Brigade were conspicuous in leading the attack on Germany's supposedly impenetrable Hindenburg Line at Bellicourt, France, on 29 Sept. 1918, and were the first Americans to break through, resulting in victory for the Allied forces.

After the armistice, the division moved to the Le Mans and remained there until March 1919, when it embarked for the United States. Arriving in April, the division took station for demobilization at Camp Jackson, S.C., which was commanded by General Faison. He reverted to his permanent grade of colonel on 15 July 1919, and served in the office of the adjutant general in Washington, D.C. He subsequently commanded the Forty-third Infantry at Camp Lee, Va., and the Twenty-second Infantry at Fort Jay, Governor's Island, N.Y. While at Fort Jay, he was promoted to brigadier general, Regular Army, on 14 June 1922. After more than forty years of service, he retired on 1 Dec. 1922 because of severe arthritis. He settled in Baltimore, Md., in order to be near Johns Hopkins Hospital. 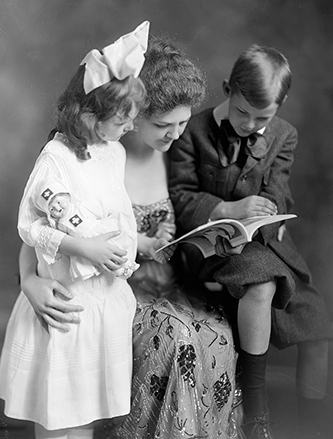 Faison had four brothers: Dr. Isaac Wellington, a graduate of Harvard Medical School, who was an internist, a specialist in children's diseases, and a founder of the Presbyterian Hospital in Charlotte; Henry J., planter; Isham Francis, planter, merchant, and produce broker; and Isaac Lane, planter and produce broker. (Faison, N.C., was one of the world's leading produce markets.) The general had two sisters: Mary Jane, who married Christopher Dudley Pierce, a New York grain broker; and Virginia Maria, who married Dr. William Broadhurst Pritchard, a prominent early psychiatrist in New York City.

On 19 Dec. 1906 Faison married Eleanor Kerfoot Sowers, the daughter of Dr. Zachariah T. Sowers, a physician of Washington, D.C. They had one daughter, Eleanor Sowers, a graduate of Smith College and an active force in the Women's City Club of New York City. Their only son, Samson Lane, Jr., attended Williams College, Harvard, and Princeton. He taught at Yale before returning to Williams College where he was a professor of art history, chairman of the art department, and director of the art museum. From 1942 to 1946 he served in the U.S. Navy, attaining the rank of lieutenant-commander. Assigned to the Office of Strategic Services, where he investigated art looting by the Nazis, he was instrumental in obtaining the return of over one million dollars worth of art to the governments of France and The Netherlands. For the latter service he was named a Chevalier of the French Legion of Honor.

General Faison was a Presbyterian and a member of the Army-Navy Club. In May 1929 he joined American Legion Post No. 1 in Raleigh; his wish, he said, was to become a member of the first post of his native state. He was the author of Strategy and Tactics, which for many years was used by the army as a training manual. He also wrote accounts of the surrender of Geronimo and of the breaking of the Hindenburg Line. He was decorated with the American Distinguished Service Medal and the French Croix de Guerre with Palms, and was an officer of the French Legion of Honor.

Faison died at the age of seventy-nine at his home in Baltimore. He was buried with military honors in Arlington National Cemetery.

G. W. Cullum, Biographical Register of the Officers and Graduates of the U.S. Military Academy at West Point (1901).