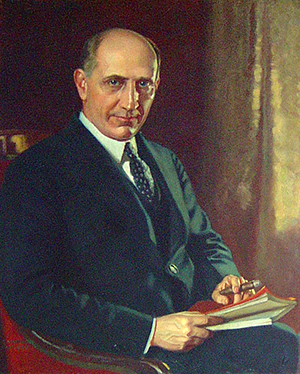 Norman Atwater Cocke, attorney and industrialist, was born in Prince George County, Va., the son of John James Cocke and grandson of Nathaniel Colley and Virginia Peterson Cocke of Aberdeen in eastern Prince George. His mother, Sarah Atwater, was a native of Coxsackie, N.Y. Cocke was reared in Petersburg, Va., where his father was an attorney. He began his education at the local schools, finishing at the Petersburg Academy. In 1905 he was graduated from the New York Law School, and from 1902 to 1906 he was a clerk in the law firm of Atwater and Cruikshank in New York City. He was licensed to practice law in New York in 1906 and in North Carolina in 1907. He became attorney in 1906 for the Southern Power Company and later for its successor, the Duke Power Company, continuing this association for over fifty years and making his home in Charlotte. After joining the company, he conceived and directed the concern's extensive forestry and land management program. In 1927 he became a director and vice-president of Duke Power, and he was president from 1947 until his retirement on 1 Jan. 1959.

Cocke early gained the confidence of James B. Duke, who in 1925 appointed him one of the original trustees of the Duke Endowment. He played a large role in the work of the endowment as first trustee and later as vice-chairman and chairman of the board. He served Duke University in many capacities and was chairman of its board of trustees from 1954 to 1959.

Cocke was interested in other phases of the industrial development of Piedmont North Carolina and was appointed director of the Piedmont and Northern Railway in 1927. At the time of his death he was a director of the textile concern J. P. Stevens and Company.

When the four major power companies in the two Carolinas and Virginia organized the Carolinas-Virginia Nuclear Power Associates in 1956, to construct the first atomic power plant in the Southeast, Cocke became its first president. At about the same time he was elected to the board of directors of the Edison Electric Institute.

During the course of his life, Cocke was the recipient of many honors. In 1951 he was awarded the Degree of Industry from Clemson University. He was later honored with doctoral degrees from Davidson College, Furman University, and Duke University. Duke Power Company's largest power impoundment, located on the Catawba River near Charlotte, was named Lake Norman in recognition of his services to the company. In 1959 he was selected Citizen of the Year by the North Carolina Citizen's Association.

He was married on 28 Nov. 1911 to Mary Sommers Booth of Petersburg, Va., and was the father of three sons, Norman, Jr., William Booth, and John.

Cocke, Norman A. A ten-year review of the work of the Duke endowment. Charlotte, N.C.: The Duke Endowment. 1934.

Uncle Norman was a fine man,

Uncle Norman was a fine man, wish I had had the chance to know him better. His sister, Nellie, was my great-grandmother. Growing up in Petersburg, we didn't get to see him much. My friends from NC don't believe me when I tell them Lake Norman was named after my uncle. Thanks for providing the proof.

Great information! Very Helpful. However, for me it would be very helpful if you could show pronunciation of these towns, cities and peoples names. How does one formally pronounce "Cocke"?

Thanks for visiting NCpedia and asking this really great question.  There are pronunciation cues in our biographical entries in various places, but alas, not in this one.  Also, in the North Carolina Gazetteer (published by UNC Press) online in NCpedia, there are pronunciation cues in some places as well.  Typically cues appear where the author decided it would be helpful.

I'll do some further investigation to see if we can discover the pronunciation of "Cocke."  And I'll let you know!