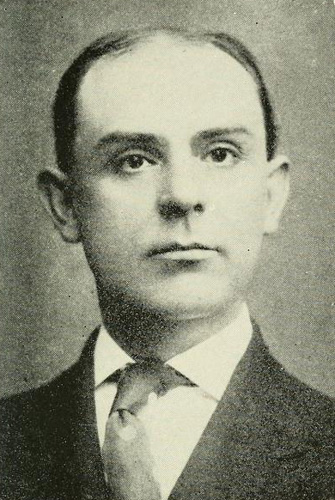 James Carter Blasingame, college president and businessman, was born in Zebulon, Ga., to Thomas J. and Cecelia Adams Blasingame. In 1892 he received the A.B. degree from the University of Georgia, being graduated with honors. Later he was a graduate student for several summers at the University of Chicago.

From 1892 until 1897, Blasingame was president of Jackson Institute in Georgia. During that time he brought the school from the verge of failure to a sound financial basis and greatly strengthened the curriculum. The enrollment increased from one hundred to three hundred. In 1897 he became the first president of Holbrook Normal College in Fountain City, Tenn. In 1899 he was elected to the presidency of another new institution, the Baptist Female University (now Meredith College) in Raleigh, a position he held only one year. His insistence on a largely elective course of study was decidedly out of harmony with the ideas of the founders and trustees of the school, and, though he had been active in the YMCA at the University of Georgia, neither as a student nor as an administrator had he had any experience in a denominational school. His letter of resignation and the minutes of the board of trustees accepting it show a clear and sympathetic understanding on both sides of the regrettable situation. During his one year he proved to be an able administrator, with initiative, enthusiasm, and vigor—all distinct assets to the new school.

From the Raleigh institution, Blasingame went to be superintendent of the North Carolina agents of the Mutual Life Insurance Company; subsequently, he accepted a similar position in Virginia with the New York Life Insurance Company. For a brief while he was president of the International Shoe Shining Company in Richmond, Va., a company organized to produce a newly patented machine for shining shoes automatically. World War I made the manufacture of the machine inadvisable, and he returned to the field of insurance.

He was married in 1896 to Virginia Lee McKie of Oxford, Miss. They had three daughters: Sara Cecelia (Mrs. Edgar R. Rowe), Eloise McKie (Mrs. Richard Florance), and Virginia Carter (Mrs. Roland R. Updegraff). From 1906 till his death, the family lived in Ashland, Va., where he took an active part in civic and religious affairs. A Democrat and a Mason, he served several terms between 1910 and 1918 on the Ashland Town Council; from 1920 to 1930 he was a member of the Ashland School Board. He was a deacon in Duncan Memorial Methodist Church, serving from 1928 to 1935 as treasurer. He was buried in the Woodland Cemetery in Ashland.

Alumni records of the University of Georgia (Athens).