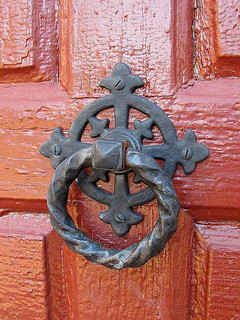 St. John's Church in Williamsboro, built in 1757, is the oldest frame church in North Carolina. St. John's Parish was created by the provincial Assembly of North Carolina in 1746. The church was built by the Lewis family of Granville County near Nut Bush Creek, and throughout the colonial period it was commonly called Nut Bush Creek Church. In 1772 Judge John Williams moved the church to its present location, which is about one-half mile from the original site. The community that grew up around the church was incorporated in 1787 and called Williamsboro in honor of Judge Williams.

Nut Bush was a church of the Anglican faith under British rule. The clergy, including the Reverend James McCartney, appointed rector by Governor William Tryon in 1769, were all educated in England. It is therefore not surprising that most rectors had Tory sympathies. The transition from the Anglican to the Episcopal Church in America in the revolutionary period was a slow and difficult process.

From 1800 to 1821 St. John's had no minister. The congregation was first officially recognized as a parish of the Episcopal faith in the newly formed Diocese of North Carolina in 1819. In 1821 William Mercer Green, later the first bishop of Mississippi, took charge of the church, and through his tireless efforts it was revived both spiritually and physically. Since the building had been used occasionally for secular meetings and entertainments, the congregation felt that it should be reconsecrated. Accordingly, on 16 Oct. 1875, Bishop John Stark Ravenscroft, the first Episcopal bishop of the state, consecrated the building, which was officially given the name of St. John's. From 1830 to 1900, St. John's had several rectors, the last of whom-William Shepard Pettigrew, son of bishop-elect Charles Pettigrew-served until his death in 1900. Following his death, the congregation steadily declined. Many families moved away, while other parishioners were buried in the graveyard surrounding the church.

In 1947 a movement to restore the old building was begun by a group called the Friends of St. John's. Bishop Edwin A. Penick appointed a restoration committee; the restoration itself was done under the direction of Milton L. Grigg of Charlottesville, Va., one of the country's leading architects specializing in work of the colonial period. The architectural importance of St. John's was also recognized by Thomas T. Waterman, one of America's foremost authorities on colonial architecture. In his detailed study of the church for the restoration committee, Waterman noted that the church was important "both as an example of colonial church building in North Carolina and as a historic monument."

The restoration was completed in 1956, and the church was rededicated by Edwin A. Penick, bishop of the Episcopal Diocese of North Carolina, on 30 September. St. John's Church is listed in the National Register of Historic Places.