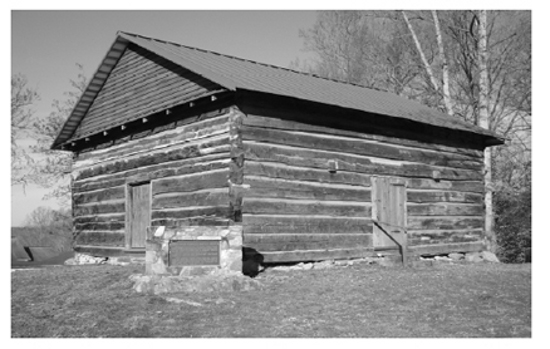 The Sandy Creek Baptist Association was North Carolina's first Baptist association and one of the most influential in the South. Shubal Stearns, a Separate Baptist and pastor of the Sandy Creek Baptist Church in Randolph County, was instrumental in its formation. His influence led to the organization of the association in 1758 with member churches Sandy Creek, Deep River, Abbott's Creek, Little River, Dan River, Grassy Creek, New River, and Black River in North Carolina, and Pittsylvania City and Lunenburg City in Virginia. Within a few years of its organization, the Sandy Creek Association extended from the Potomac River to Georgia and rivaled the older Charleston Association, which had been formed in 1751.

Being composed of Separate Baptists, the churches of the Sandy Creek Association had some practices that might be considered peculiar to many modern North Carolina Baptists. These practices included the so-called nine Christian rites, namely, baptism, the Lord's Supper, love feasts, the laying-on of hands, the washing of feet, the anointing of the sick, the right hand of fellowship, the kiss of charity, and the devoting of children. The churches also had ruling elders and deacons that were both male and female.

The defeat of the Regulators at the Battle of Alamance in 1771 caused an exodus to Tennessee, South Carolina, and Georgia of many Baptists sympathetic with the Regulator Movement. This loss greatly decreased the size of the Sandy Creek Baptist Association. The association continues to exist, but it is composed of churches now affiliated with the Baptist State Convention of North Carolina.