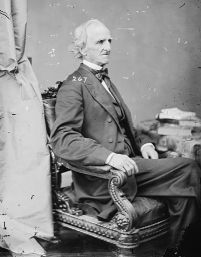 The Confederate Arsenal at Salisbury was functional as early as 1863. By that time a foundry, built by Nathaniel Boyden for the manufacture of agricultural machinery, had been converted to produce war munitions such as cannons, guns, and other arms. In the spring of 1863, the Confederate Medical Department added to the arsenal by purchasing a distillery at Salisbury that consisted of 25 acres, a 60-horsepower steam engine, a three-story rectifying house, a malt house, and a cooper shop along with three comfortable dwelling houses.

By 1864 the original foundry was producing horseshoes and shells for Parrott guns, and in February the Confederacy established a Niter and Mining Bureau at Salisbury. In August 1864 the Confederate Congress officially named the buildings the Confederate Arsenal at Salisbury. The arsenal was destroyed by Maj. Gen. George H. Stoneman and his Union troops on 12-13 Apr. 1865.