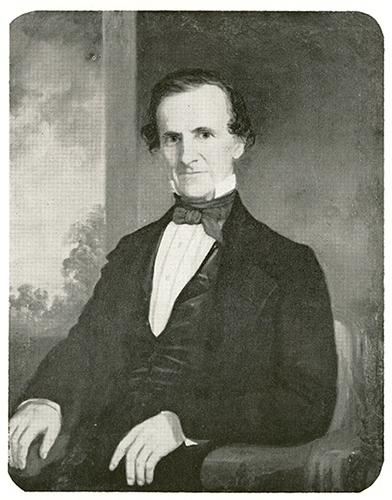 Nathaniel Boyden, lawyer, congressman, and jurist, was born in Conway, Mass., to John and Eunice Hayden Boyden. Both parents were of English ancestry and were descended from settlers who arrived in the Massachusetts Bay Colony in the 1630s. John Boyden was a sturdy farmer and revolutionary soldier; Eunice Hayden Boyden was the daughter of a Conway physician. Nathaniel Boyden served in the War of 1812 (having enlisted at age fifteen) and was the recipient of a land warrant of 160 acres. He received a liberal education at Deerfield Academy prior to attending Williams College and Union College of Schenectady, N.Y., where he was graduated in 1821. While he was in college, he studied law under the tutelege of his uncle, Moses Hayden, a New York congressman (1823–27).

In 1822, Boyden came south to seek his fortune. He decided to settle first in Guilford County, which he believed to be very promising. He was destined to make the Old North State his home but would move several times before settling permanently in Rowan County. While reading North Carolina law, Boyden taught school at Kings Crossroads, a community in northwest Guilford, and in Rockingham County. He was admitted to the bar in December 1823 and settled in Stokes County near Germanton. In 1832 he removed to Surry County. There he remained for a decade, gaining success as a lawyer and entering active political life as a two-term member of the house of commons (1838–42). In 1842 he established his home in Salisbury, where he was to reside until his death; and by 1844 he was so well accepted that Rowan County voters sent him to the state senate.

Boyden was an able lawyer noted for his untiring industry, extraordinary memory, rational powers, moral courage, and integrity. He flourished on the intellectual give and take of legal debate. His practice was broad and at times included a twelve-county circuit and forty-eight courts each year. For thirty years he regularly attended the session of the state supreme court. In May 1871, as a capstone to his career, Boyden himself became an associate justice of North Carolina's highest court, through appointment by Republican Governor Tod R. Caldwell. 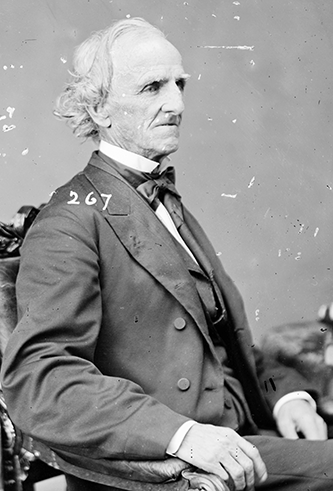 In politics, Boyden was successively a Madison Republican, a National Republican, a Whig, and after 1868, a Republican. Nevertheless, he contended that he had always followed conservative principles and described himself as a lifelong Whig. As a member of the Thirtieth Congress (4 Mar. 1847–3 Mar. 1849), Boyden was deeply disturbed by the Mexican War, popularly known among Whigs as "Mr. Polk's War." He denounced Polk with enthusiasm, characterizing the president's Mexican policy as tyrannical and aggressive, while lamenting Polk's excessive timidity in Oregon. He attacked Polk's extravagance but supported payment for Mexican territory as preferable to outright seizure without compensation. While his position was typically Whig, Boyden's views were strongly held and clearly articulated. His firmness was a landmark of his political career, even when his views were unpopular and his role controversial. Despite his southern interests and family ties, Boyden was adamantly opposed to secession and warned that the consequences for the South could only be disastrous. He considered secession a grave political error and expected the ultimate defeat of the Confederacy. Nevertheless, he subscribed some Confederate loans, sold his Salisbury foundry to the government for the manufacture of weapons, and supplied a son, Archibald Henderson, to the Confederate Armies. He sympathized with the southern people in war and lamented the harsh penalties imposed on them in peace, but he believed that simple justice required some concessions to the freedmen. He counseled acceptance of defeat and, in time, of congressional Reconstruction, though he opposed the Reconstruction Acts.

Inevitably, Boyden's ideas and role in the Reconstruction period have been misunderstood. His stance was generally unpopular, and his reputation has suffered as a consequence. His position warrants careful consideration. Family tradition suggests that President Lincoln had decided to name Boyden provisional governor of North Carolina shortly before John Wilkes Booth intervened. Subsequently, Boyden served as a member of the constitutional convention of 1865, where he introduced the resolution to repeal the secession ordinance. He was a member of the 1866 commission that developed the "North Carolina Plan" to insure "impartial justice and universal amnesty," only to have it defeated by the legislature. Boyden served as a delegate to the National Conservative Convention in August 1866; and, in a special election, he was chosen as a Conservative to represent the Sixth District in the Fortieth Congress. He was seated by the House of Representatives on 13 July 1868 and served until 3 Mar. 1869. When Boyden stood for reelection in 1868, he ran as an Independent with Republican tendencies and support. He was especially disturbed that the Democratic party had nominated Frank P. Blair as its vice-presidential candidate. The party's endorsement appeared to signal acceptance of Blair's publicly stated view that the executive should order the army to overturn the existing southern state governments and thus restore constitutional rule. Boyden denounced the Blair position as a strange brand of conservatism and constitutionalism. He feared that a Democratic victory might foreshadow the resumption of civil war. He clearly considered Grant and Republicanism preferable. Defeated in a disputed election by Francis E. Shober in 1868, Boyden eventually became a Republican, maintaining that it was the Democrats who had abandoned conservative principles. He served as a defense counsel in the Holden impeachment trial and was appointed to the North Carolina Supreme Court by Governor Caldwell. In the eyes of his erstwhile political allies, Boyden had joined the hated scalawags. His reputation suffered accordingly.

Boyden was married first, in June 1825, to Ruth Martin, a great-niece of Governor Alexander Martin. She died in August 1844, leaving four children, Nathaniel, John Augustus, Sarah Ann, and Ruth. In November 1845, Boyden married Mrs. Jane Henderson Mitchell, a daughter of Archibald Henderson and a niece of Chief Justice Leonard Henderson. A son, Archibald Henderson, was born to this union. The North Carolina Portrait Index lists an oil painting of Boyden by William G. Brown, dated 15 July 1852; this canvas is owned by Boyden Brawley of Salisbury. Boyden was interred in the Lutheran Cemetery in Salisbury.

Nathaniel Boyden, To The People of the Sixth District of North Carolina (1868).