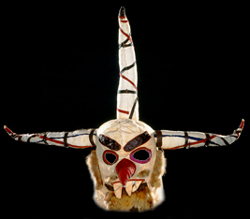 Part iv: The End of Reconstruction and the Return of Democratic Control

Conservative opposition took many forms during the Reconstruction period. In addition to legitimate political activity, Democrats frequently ostracized white Republicans and threatened economic sanctions against dependent black laborers who voted Republican. Intimidation and violence were more successful against Republican officials and voters of both races. This took the form of parading by extralegal military companies, rioting, and, most spectacularly, night riding in disguise by the KKK. In 1870, after the Klan virtually took over Alamance and Caswell Counties, Governor Holden declared a state of insurrection and sent in militia under Col. George W. Kirk. The resultant military occupation and arrests in the two counties have sometimes been called the "Kirk-Holden War," although no battles actually took place.

Whether in reaction to the militia campaign or the Republican political record, or because of the intimidation of black voters, Democrats captured control of the legislature in the fall of 1870. In apparent retribution for Holden's actions in the Kirk-Holden War, the new Democratic legislature, partially controlled by KKK members, impeached the governor for "high crimes and misdemeanors" and removed him from office. Holden was the first state governor in American history to be so treated. His successor, Republican lieutenant governor Tod R. Caldwell, was elected to a term in his own right in 1872. Following Caldwell's death two years later, Republican Curtis H. Brogden became the last Reconstruction governor of the state. Democrats regained the governorship with Zebulon B. Vance in 1876. Their domination for the next generation was assured by a series of constitutional amendments they pushed through in 1873 and 1875, offered in the name of white supremacy and small government. The most important amendment transferred control of county government from locally elected commissioners-who in some counties were black as well as Republican-to justices of the peace chosen by the legislature.

The oft-recited horrors of Reconstruction took two main forms in North Carolina and the South as a whole. Economic suffering was widespread, the result almost entirely of the ravages of the war. Reconstruction policy had comparatively little to do with this problem, except that higher taxation may have added to it. The second form of suffering, more psychological and political in nature, was that experienced by whites-especially the prewar ruling elite-when they found themselves replaced in power by people they regarded as social and racial inferiors. In truth, Reconstruction wrought only half a revolution. By the Compromise of 1877 and the withdrawal of federal troops from the South, conservative Democrats had reestablished most of their economic and social force. Before long an acquiescent North permitted them to regain political mastery as well. By disfranchising their opponents in the years that followed, they maintained power, with the exception of the Fusionist period, for almost a century.I