part ii: The Fourteenth Amendment and the Beginning of Congressional Reconstruction 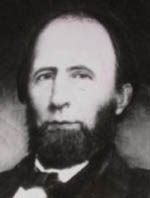 In 1866 Congress proposed the Fourteenth Amendment to the Constitution, embracing a compromise Reconstruction formula. It would guarantee equal legal rights (but not the vote) for blacks and give every state representation in Congress and the Electoral College based on whatever proportion of the adult male population it allowed to vote. When every southern state except Tennessee rejected this amendment, Congress, on the advice of President Johnson, assumed control of Reconstruction in 1867. It required the states to adopt new constitutions that provided for black suffrage and then to ratify the Fourteenth Amendment. Blacks and white Unionists, it was hoped, would form a loyal body politic controlling some of if not the entire Confederacy. To that end, most former Confederate officials-civilian and military alike-were temporarily forbidden to hold political office. A year later Congress approved the Fifteenth Amendment, extending African American suffrage throughout the country.

Meanwhile, in May 1865 Johnson had appointed Raleigh Standard editor William W. Holden provisional governor of North Carolina and charged him with implementing the president's lenient restoration plan. Holden had organized and led a peace movement in the state during the Civil War. He now made the prior support of that movement a litmus test of postwar loyalty and thereby antagonized many moderates who were ready in 1865 (as they had not been during the war) to accept the lenient peace terms offered by Washington, D.C. As a result, one of those persons, former Confederate state treasurer Jonathan Worth, defeated Holden for governor in the first postwar election in 1865. Worth was reelected in 1866. As in the South at large, North Carolina's newly freed blacks played no part in these elections and governments. The new legislature's black code relegated them to a second-class citizenship patterned after that of free blacks before the war. Such measures contributed strongly to Republican concerns in Washington and the North.

With the advent of Congressional Reconstruction in 1867, Republican Parties formed in every southern state to support the new policy. Holden and his allies, forsaking the discredited President Johnson, took the lead in North Carolina, where the party consisted of three groups: black freedmen, who supported the party that had freed and enfranchised them; a minority of whites, more numerous in the western part of the state, who (like Holden) had opposed secession and the Confederate war effort; and a small number of northerners who had settled in the state during and immediately after the war, more important in the east than in the west. The latter two groups were quickly labeled by their enemies "scalawags" and "carpetbaggers," respectively. The majority of whites, supporting the Conservative, or Democratic, Party, rejected Congressional Reconstruction, sometimes to the point of armed resistance.