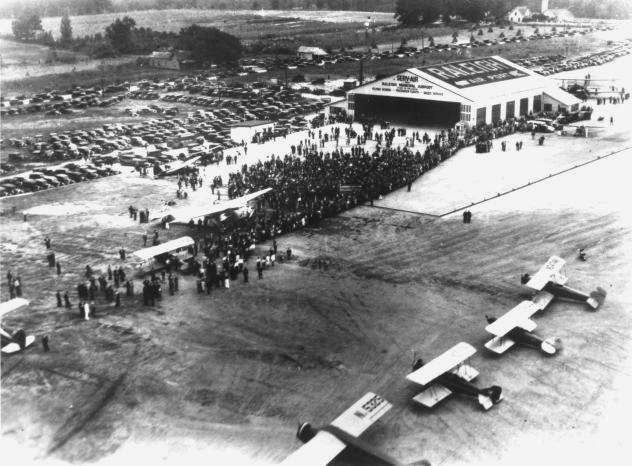 The Raleigh-Durham Army Air Field, an auxiliary training base for Army Air Corps (AAC) pilots during World War II, was located at the modern site of Raleigh-Durham International Airport. Air service in the area began in September 1929 with commercial flights at Curtiss Field (later Raleigh Municipal Airport) just south of Raleigh. Eastern Air Transport (later Eastern Airlines) introduced regularly scheduled commercial flights in April 1931, focusing on air mail service. With war looming on the horizon, Curtiss Field began to see a strong military presence. The AAC commandeered aircraft and painted them in camouflage. Airlines became an essential part of the military effort, moving cargo and passengers based on a wartime priority system. This system threatened the continuation of air services in Raleigh because Curtiss Field was hemmed in by a railroad, highways, and a cemetery, leaving no room for expansion.

In 1938 Capt. Eddie Rickenbacker, famous aviator, World War I ace, and president of Eastern Airlines, became a strong advocate for a new, modern airport. In 1940 the state acquired 891.7 acres with encouragement from the Civil Aeronautics Administration. Soon after ground was broken for the Raleigh-Durham Airport, the Japanese bombed Pearl Harbor, and the need for AAC training facilities became pressing. Aided by good flying weather, favorable terrain, and large open tracts, the property acquired for the Raleigh-Durham airfield project was considered highly suitable for that purpose. The secretary of war and the secretary of the navy each declared that the planned facility was necessary to the national defense. 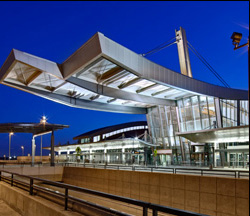 Nine days after the Japanese attack on Pearl Harbor, construction began on the training facility. In January 1943 the War Department designated it the Raleigh-Durham Army Air Field. On 1 May 1943 the airport became operational with three runways, barracks, and an air traffic control tower. But the airfield was used sparingly by the military, becoming one of many such bases that were essentially kept on standby. This situation proved fortunate for the Raleigh-Durham Aeronautical Authority (later the Raleigh-Durham Airport Authority), which persuaded the federal government to allow commercial airline service to continue. Eastern Airlines agreed to build a small terminal in return for prepaid rent.

On 1 Jan. 1948 the military officially deeded the air base to the Raleigh-Durham Airport Authority, which, for the initial investment of $65,000 by local governments to establish a commercial airport, now owned a 1,283-acre property valued at $2.23 million. By the early 2000s the Raleigh-Durham International Airport was a major hub for air transportation in North Carolina.

The 1929 dedication of Raleigh Municipal Airport. From the NC Division of Archives & History, call #: N.53.16.5165, the Albert Barden Collection.