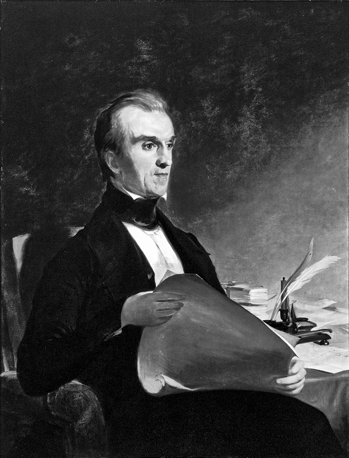 Three North Carolina natives have served as president of the United States. Andrew Jackson, the seventh president, was reputedly born in a log cabin south of the town of Waxhaw in 1767. This claim continues to be disputed by many who maintain that Jackson was actually born in South Carolina. After a distinguished military and political career, he was elected president in 1828 and again in 1832. His larger-than-life personality and political savvy while in office increased the power of the presidency and inspired the development of a truly unified national identity.

James K. Polk, the eleventh president, was born in Mecklenburg County near the town of Pineville in 1795. Polk was elected in 1844 and served one term, the highlight of which was the acquisition of the western one-third of the modern United States after war with Mexico.

Andrew Johnson, the nation's seventeenth president, was born in Raleigh in 1808 but lived most of his life in Tennessee, from which his political career was launched. He was the only southern U.S. senator to remain loyal to the Union during the Civil War. Johnson was chosen as Abraham Lincoln's running mate in 1864 and assumed the presidency after Lincoln's assassination the following year. His administration was marred by his 1867 impeachment by the Radical Republican-led House of Representatives, which vigorously disagreed with his handling of southern Reconstruction after the war. He was acquitted in the Senate by one vote.