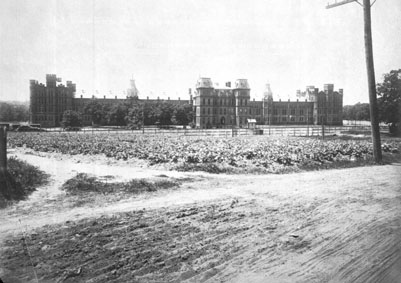 Parole in North Carolina began shortly after the Civil War, when the Constitution of 1868 allowed the governor to release prisoners before they had served their full sentences. The first major step toward institutionalizing early release was taken in 1930, when Governor O. Max Gardner, responding to concerns about prison crowding, appointed a commission to study the prison system. In its report, the commission strongly recommended "the adoption of a system of parole and probation with adequate machinery for its proper administration," maintaining that such a system would be vital for "prison management to more economically handle the prisoners."

In 1975 the North Carolina Commission on Sentencing, Criminal Punishment, and Rehabilitation, charged with finding a solution to increasingly crowded prisons that did not require new construction, reconfirmed the recommendations of the 1930 report. Four years later the General Assembly instituted "re-entry parole," which mandated that prisoners be released 90 days before the end of their sentences so they would have time to readjust to life outside of prison. "Community service parole," which allowed prisoners early release if they performed a community service, became an option in 1984. Prisoners were eligible for community service parole if they were sentenced prior to the Fair Sentencing Act of 1980 and had served at least half of their minimum terms, or if they were sentenced after the Fair Sentencing Act and served at least one-fourth of their terms. Those convicted of crimes including sex offenses, kidnapping, abduction of children, and drug trafficking were ineligible for community service parole.

By 1987, despite the construction of thousands of new cells and the release of thousands of prisoners, North Carolina's prisons were still overcrowded. That year, the General Assembly enacted the Prison Population Stabilization Act, which limited the number of prisoners who could be held in state facilities, as part of the settlement of a federal lawsuit relating to overcrowding in North Carolina's prisons. When the number of prisoners exceeded the "cap" for 15 consecutive days, the state released enough individuals to drop the number of inmates to 97 percent of the cap.

From 1960 to 1991 the crime rate increased 212 percent in the United States and 399 percent in North Carolina. In 1994 Governor James B. Hunt Jr. called a special legislative session on crime, and the General Assembly passed its most serious attempt at criminal justice reform since the Fair Sentencing Act of 1980. The new law, called Structured Sentencing, was touted as the solution to the state's crime problem, as it was intended to increase the time served and keep more violent offenders behind bars. Structured Sentencing abolished parole for anyone convicted after 1 Oct. 1995 to ensure that later convicts would serve their full sentences. This reform actually decreased the length of many sentences, however, and completely phased out prison terms for numerous "nonviolent" crimes. Although it abolished parole for subsequent offenders, every prisoner convicted before 1 Oct. 1995 was still subject to the law as it was written at the time of conviction.

From the NCDCR Digital Collections: