Is the Outer Banks Series Fact or Fiction?

Throughout the events that unfold in the Netflix series Outer Banks, the Pogues and Kooks cross the fictional Kildare Island. The Outer Banks -- or OBX as it is referred to often -- is a real place in North Carolina that stretches from coastal Currituck County through Dare County (and the town of Kill Devil Hills), which includes Bodie Island, Pea Island, and Hatteras Island. There are many differences between the real Outer Banks and the location of the Outer Banks show, though. For example, the only Outer Banks island visitors must ferry to and from in the real world is Ocracoke Island in Hyde County.

When John B. and Sarah Cameron travel to Chapel Hill by ferry in season one of the series, their goal is to access the archives of Denmark Tanny. While there are ferries that can get you to the Outer Banks, there are no ferries from the OBX to Chapel Hill as most of that journey is by land. UNC-Chapel Hill does have an impressive library collection, but John B. and Sarah Cameron would need to head down the road to downtown Raleigh if they wanted to visit the real State Archives of North Carolina. 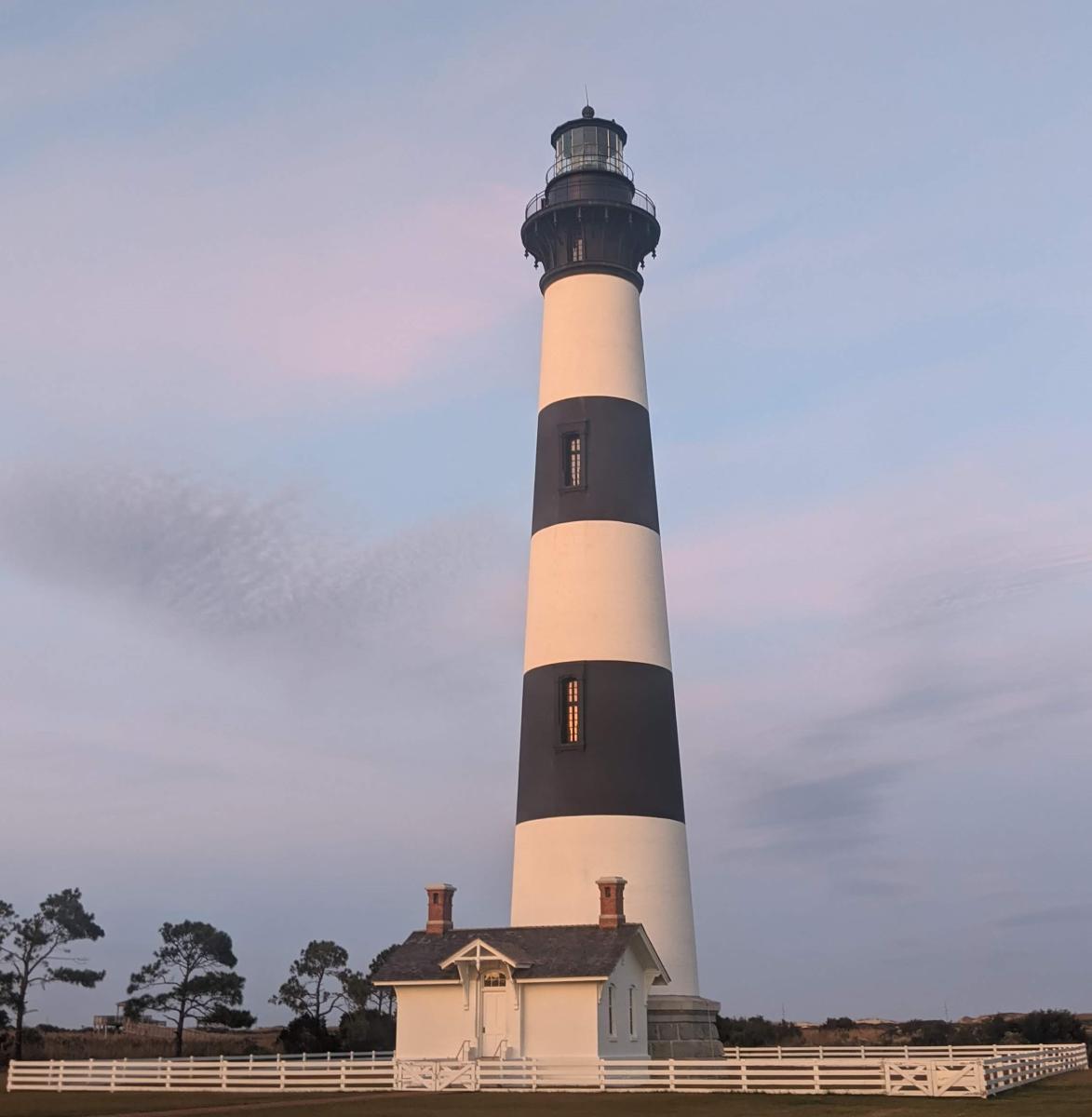 Much of the filming for the series takes place in the South Carolina Low Country, around Charleston, and draws inspiration from local landmarks like Shem Creek, Hunting Island Lighthouse, and the Morris Island lighthouse, which appears in many scenic shots throughout the series. Lighthouses in the actual Outer Banks include the Currituck Beach Lighthouse near Corolla, Bodie Island Lighthouse south of Nags Head, Cape Hatteras Lighthouse in Buxton, and the Ocracoke Lighthouse. Names of real NC coastal areas were used throughout the fictional Kildaire Island, but most are located in Southeastern NC: ‘The Cut,’ home of the Pogues is named for Snow’s Cut in Carolina Beach; and Figure Eight, home of the Kooks, is an island near Wilmington, as is Masonboro Island, which is referenced a few times. The SC Low Country is called such due to the marshlands in the area, seen regularly on the show during aerial shots when the Pogues are on their boats. There are marshes around many of the islands that make up the Outer Banks, too. When given instructions on how to escape the authorities at the end of season one, John B. is advised to leave through the Great Dismal Swamp. This expansive wetland is near the real Outer Banks, but is too far inland to truly serve as an escape route to ocean waters. However, the marshes south of the Pamlico Sound are home to some alligators, as seen in season two of the series, when the Pogues find themselves stuck in rising tides and fearing gator attacks!

Because of the way the barrier islands of the Outer Banks jut out into the Atlantic Ocean, the area endures hurricanes, just the like two that complicate things for the Pouges and Kooks throughout season one. Some of the most memorable and destructive storms to make landfall along the Outer Banks are the Ash Wednesday Storm (1962), Isabel (2013) and Irene (2011). Some of these storms were so destructive they actually changed the shape of the islands. For example, Hurricane Irene cut a new inlet to the Cape Hatteras National Seashore, south of Oregon Inlet, that required locals and crews to use an emergency ferry for four months until a temporary bridge could be built. The permanent bridge carries travelers over the sandy stretch that has since filled in, named for local hero Richard Etheridge. (You can read more about him in the Historically Speaking article.) 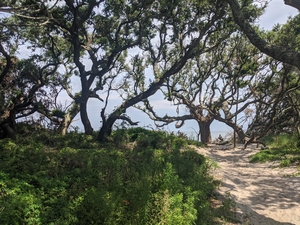 And finally, a key clue in the search for the cross of Santo Domingo and the shroud in season two brings both the Pogues and the Limbrey group to the Angel Tree, which is a real landmark, believed to be over four hundred years old. The Angel Tree is located on Johns Island, outside of Charleston, SC, but the type of tree -- Live Oak, or Guercus Virginiana -- is native to North Carolina as well and can be found along the Outer Banks. In fact, there are myths and legends attached to a small crop of Live Oaks in Springer’s Point on Ocracoke Island in NC, where it is believed that Blackbeard, the infamous pirate, hung out.