Is the Outer Banks Series Fact or Fiction?
Culturally Speaking ... 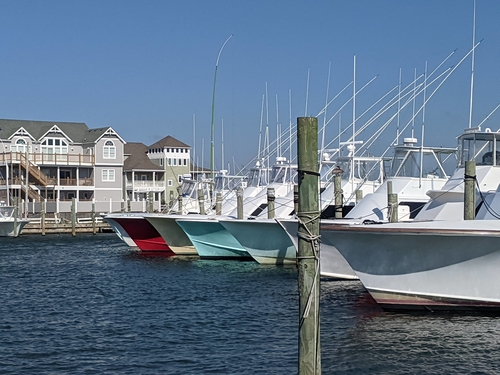 In the opening episode of Outer Banks, Season One, the Outer Banks is described as “two tribes, one island.” The truth is, the Outer Banks of North Carolina is a string of islands with distinct towns, villages, and communities that are a combination of locals and visitors.

The fictional Kildaire Island is divided into two distinct groups, the Kooks and the Pogues. ‘Kooks’ are the wealthy, upper-class families on the Figure Eight side, who own large mansions, drive nice cars and expensive boats, and spend their summer playing golf at the country club. Sarah Cameron is nicknamed ‘Kook Princess’ as she is a member of one of the wealthiest families, and lives in Tannyhill mansion. The term ‘Kook’ is slang in the surfing community for a clueless, ‘wannabe’ surfer. The ‘Pogues’ live on the other side of the island, the Cut. As John B. explains in episode one, "Pogues, pogies, the throwaway fish. Lowest member of the food chain. Because of this, pogies are usually used as bait to help catch bigger fish.” The type of fish John B. is referring to are called Menhaden, which is a relative of sardines and used for fertilizer. The Pogues are lower-class beach bums that work at the country club, deliver groceries to the mansions, and wait tables at tourists restaurants owned by the Kooks, like Kiara’s family (fun fact: their restaurant, The Wreck, is based on and filmed on location at a real restaurant in Mount Pleasant, SC called The Wreck of Richard and Charlene). The real Outer Banks is made up of communities with mixed socio-economic classes, covering a variety of industries and interests. There is not a strong division between surfers, fishermen, and service-industry workers, and those who can own vacation homes and yachts. But like Sarah Cameron and Kiara, those who have been to the Outer Banks learn that being a ‘Pogue 4 Life’ is much more fun than going ‘Full Kook.’ 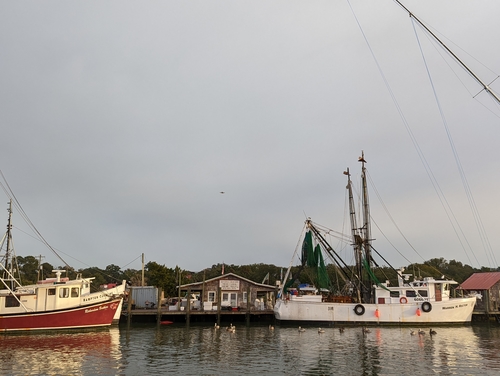 Surfing features prominently in the first season, where John B., JJ, Pope and Kiara are seen shredding the infamous OBX waves. In season two, JJ gives a nod to a local surf shop by wearing a shirt from Whalebone Surf Shop, which is located in Nags Head. Throughout other scenes, we see ‘Kildare Island Surf Shop’ on hats, shirts, and even a sticker in Pope’s bedroom. The Pogues hang outside the front of the shop. Just as the name of the island is fictional, so too is the Kildare Surf Shop. However, there are plenty of real surf shops to grab a souvenir shirt, sign up for surfing lessons, or purchase your own board. There are also several surf events that amateurs and professionals travel to the Outer Banks to compete in.

Like surfing, locals and tourists alike take to the OBX waters to fish. Some of the best sportfishing in the world is in the warm Gulf Stream waters that run along the NC coast. Another major industry is commercial fishing. Pope’s father, Heyward, runs a seafood market on the docks in Outer Banks (check out Geechie Seafood in Shem Creek to see the familiar market), which looks a little different than Wanchese, the heart of OBX commercial fishing. Family-operated fish houses sell seafood and fish brought in daily from the Albemarle and Pamlico Sounds, and from the Atlantic waters. Wanchese is located on the southern end of Roanoke Island, with Manteo to the north, in Dare County. Another popular TV show that documents the local fishing industry is Wicked Tuna, Outer Banks.

Interests and activities on the Outer Banks range from water to land. In Season One, the Kooks attend an event called Midsummer's at the Island Club (filmed at Kiawah Island Golf Resort in South Carolina). Sarah Cameron’s father, Ward, is named Guardian of the Knights of the Rhododendron. No such event takes place in the Outer Banks, nor is there a group of ‘Guardians,’ but there are several golf courses on the islands between Corolla and Nags Head, and a few that are just inland. Like many places in North Carolina, some Outer Banks families participate in cotillion, debutante balls and social activities, but it’s not as exclusive or contentious as the Midsummer's event on the show. 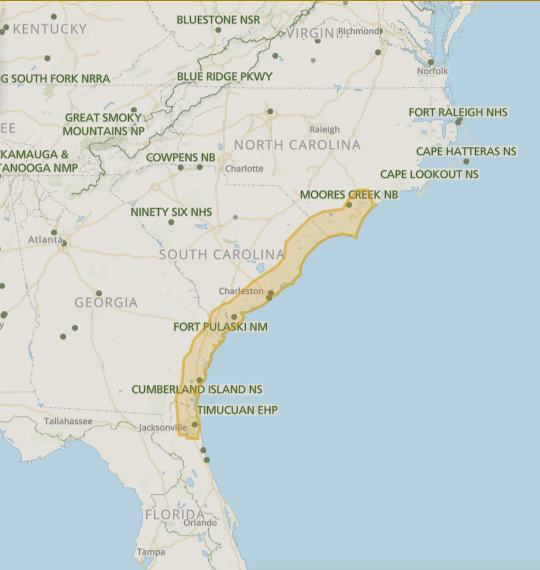 Another important cultural difference to note is how the Gullah language features in several episodes about Denmark Tanny (to read more about the fictional Tanny and his historical inspiration, check out Is Outer Banks Fact or Fiction? Historically Speaking ...). John B. asks his high school teacher to help them translate a letter Tanny, written in the Gullah language, left for his son the day of Denmark’s execution. The Gullah Geechee community are descendants of enslaved Africans who have resided in the Sea Islands off South Carolina, Georgia, and Florida since before the Civil War. The Gullah people have robust cultural and historical impacts that can be experienced even today in visiting places like Daufuskie Island and St. Helena Island. The Outer Banks is outside the original territory for this community, which extended to the Cape Fear River valley. However, there is another unique linguistic aspect to the Outer Banks: the Hoi Toider brogue, or dialect, that has been passed down from generations of families on the once isolated Outer Banks. Before bridges and state-funded ferries, the people who lived on the islands were sheltered from dialects of different places, and they retained a mix of their ancestors’ native brogues from England, Scotland, and Ireland. None of the characters on the show have a distinct accent, or the Southern drawl often associated with North Carolina, but if you walk the docks in Wanchese, or ‘sit for a spell’ with some of the old-timers on Ocracoke, you’ll certainly hear the Hoi Toider brogue lives on.