More than a billion years ago, the Black Mountains were formed. This mighty range of peaks once stood lofty and rugged. But over millions of years, wind, water and other forces wore down the pinnacles to their rounded, more subdued profile of today. Only the erosion-resistant igneous and metamorphic rocks allowed Mount Mitchell to retain its dramatic height of 6,684 feet. Because of the even elevation of its ridgeline, the Black Mountain range was referred to as a single mountain until the late 1850s. Of the separate peaks that have since been designated, six are among the 10 highest in the eastern United States. Although the Black Mountain range is higher, its length and breadth do not equal that of the Blue Ridge or Great Smoky mountains. 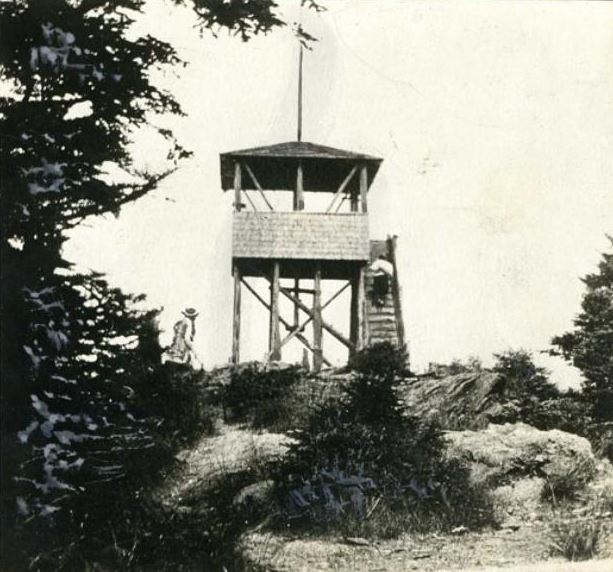 The climate of the Black Mountains is more like that of Canada than North Carolina. Extremely cold temperatures during the Pleistocene Era allowed the plants and animals of more northern latitudes to extend their ranges to the south, but as warmer climates returned, these cold-adapted species became restricted to the highest peaks. Many of the plants and animals of Mount Mitchell are like those native to more northern alpine environments. Long before explorers left Europe in search of the New World, various Native American tribes inhabited the area surrounding the Black Mountains. In the mid-1700s, the tribes were joined by settlers primarily of Scotch-Irish and English origin. In 1787, French botanist Andre Michaux journeyed to the Black Mountains to seek the region's most valuable plants so the French government could cultivate them on their royal plantations. On his botanical excursions to the area, Michaux collected more than 2,500 specimens of trees, shrubs and other plants. About the same time that his French counterpart explored the area, Englishman John Fraser collected plants from the region to introduce to his native land. It was for this botanical explorer that the most abundant tree along the crest of the Black Mountains—the Fraser fir—was named.

Though botany was the first discipline to be explored in the Black Mountains, it was physical geography, particularly the measuring of mountains, that had the greatest impact on the history of Mount Mitchell. In 1835, Dr. Elisha Mitchell, a science professor at the University of North Carolina, made an excursion to the area to measure the mountain elevations. At the time, Grandfather Mountain was assumed to be the highest point in the region, but previous trips to the area had persuaded Mitchell that the Black Mountains were higher. Through the use of barometric pressure readings and mathematical formulas, Mitchell figured the highest elevation of the range to be 6,476 feet, higher than that of Grandfather Mountain. Subsequent visits to the Black Mountains in 1838 and 1844 led Dr. Mitchell to calculate the height of the peak at 6,672 feet—amazingly, only a mere 12 feet in error of modern calculations.

In the 1850s, controversy arose about which peak in the range was the highest. Thomas Clingman, Dr. Mitchell's former student and a United States senator, set the elevation of the highest peak at 6,941 feet and insisted Mitchell had measured another peak. In 1857, Dr. Mitchell returned to the Black Mountains to verify his measurements and to support his claim. While hiking across the mountain, he fell from a cliff above a 40-foot waterfall. Knocked unconscious by the fall, Dr. Mitchell drowned in the water below. In honor of his work, the highest peak in the Black Mountain range was given his name in 1858. Though originally buried in Asheville, Mitchell's body was reburied atop Mount Mitchell a year later.

Until the late 1800s, the Black Mountains remained largely in a wilderness state. The only apparent influence of man upon the environment was a reduced animal population caused by increased settlement and hunting. This lack of exploitation of natural resources was not to last, however. By the early 1900s, extensive logging operations had denuded much of the Black Mountain range. Logging activity had expanded rapidly by 1913 and citizens began to voice their alarm about the destruction of the forest. Foremost among them was Locke Craig, governor of North Carolina from 1913 to 1917.

In 1915, a bill was introduced in the state legislature establishing Mount Mitchell as the first state park. The legislation passed both houses quickly and on March 3, 1915, North Carolina had created its first state park. In appreciation of Governor Craig's efforts, the second highest peak east of the Mississippi, with an elevation of 6,647 feet, was named Mount Craig.

When Andre Michaux and Elisha Mitchell explored the Black Mountains in the late 18th and early 19th centuries, they documented forests with an extraordinary variety of plant species. Red spruce covered the upper slopes, and Fraser fir dominated the peaks above 6,000 feet. Hardwood forests, including majestic stands of American chestnut, oaks, and hickories, populated the slopes below 5,000 feet, and rhododendron thickets cloaked forest streams.

These forests have long been affected and shaped by a variety of natural factors, including wind, ice, snow, drought, and infrequent lightning-caused fires. But unrestrained logging, huge fires in the logging slash, and chestnut blight brought drastic changes to the forests throughout the Black Mountains in the late 19th and early 20th centuries. These impacts were followed in the 1950s by the arrival of the balsam woolly adelgid, an insect pest native to central Europe. The adelgids infested and killed large numbers of the Fraser firs, permanently altering the forest ecology in the highest elevations of the Black Mountains. Today, scientists have determined that air pollution and acid-laden precipitation are also contributing to the long term decline of Mount Mitchell's spruce-fir forests. In fact, on eight out of ten days, Mount Mitchell is covered in clouds and fog that are sometimes as acidic as vinegar. Faced with a combination of stresses, the forests of the Black Mountains have been irreparably altered.

The forests we see today are quite different from those documented by Mitchell and Michaux; but in spite of the losses suffered over the last century, the flora of Mount Mitchell remains among the most distinctive and diverse in the Southern Appalachians. The park protects the most extensive assortment of rare plant and animal species in the state park system, and the spruce-fir forests, while greatly diminished, are still present. Red spruce, fire cherry, yellow birch, mountain ash, and mountain maple have filled gaps opened by the loss of Fraser fir, and other native plant species such as blueberry, mountain raspberry, red elder, and bush honeysuckle produce beautiful blossoms and lend fragrance to the air. Wildflowers, including ox-eye daisy, white snakeroot, purple-fringed orchid, St. John's wort and pink turtlehead color the landscape.

Like the flora, the fauna of Mount Mitchell is abundant and diverse. Bird watchers have recorded 91 species in the park. Birds more characteristic of New England and Canada—including winter wrens, slate-colored juncos, red crossbills and golden-crowned kinglets—nest at these high altitudes. Spring and summer bring the drumming of ruffed grouse. From the observation tower, visitors can often see peregrine falcons whipping past.

Lucky visitors might also catch a glimpse of a northern flying squirrel or hear the call of the saw-whet owl. White-tailed deer, black bear and striped skunk are at home here as well, and at night a bobcat or gray fox might be seen.