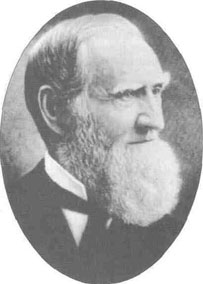 Land Grant Colleges were the brainchild of Jonathan Baldwin Turner, a Yale-educated newspaper editor from Illinois who, in 1850, espoused a "Plan for a State University for the Industrial Classes." The idea did not take hold until Justin Smith Morrill, a member of the U.S. House of Representatives from Vermont, introduced the plan to Congress in 1857 with the intention of building universities of this type for the working men in his and other states. The schools' purpose was to provide a "liberal and practical education" with particular emphasis upon the then-growing need for agricultural and technical studies, subjects generally ignored or underemphasized in the curriculum of existing colleges and universities. The bill was not approved, but it passed four years later when reintroduced with emphasis upon military tactics-necessary in the ongoing Civil War. The measure, known as the Morrill Act, allocated up to 30,000 acres for each state that was willing to teach agriculture, military science, and mechanical arts, "without excluding other scientific and classical studies." Further endowment was provided in a second Morrill Act (1890), part of which went to provide African American land grant colleges.

North Carolina was quick to avail itself of land from the Morrill Act but slow to establish a college of agriculture and technology. In the early 1870s the state received and sold 127,000 acres of public land and contributed the sum to the University of North Carolina, with the intent of making the university fit the Turner/Morrill model. The effort failed; public outcry, particularly from the Farmers' Alliance and state businessmen, forced the creation of two new schools-the first, the North Carolina College of Agriculture and Mechanic Arts in Raleigh, in 1887, and the second, the North Carolina Agricultural and Mechanical College for the Colored Race in Raleigh (and soon thereafter, Greensboro), in 1891.

Neither school was an immediate success. In part, this was due to the educational monopoly exercised in the state by the University of North Carolina, but a lack of available funds also held the new schools back. Simply put, North Carolina remained a poor state until after World War II, and education on any level was not a prime concern. Citizens saw the agricultural and technical colleges as adjuncts to the state and federal departments of agriculture. As such, the schools were expected to teach agricultural techniques, crop production, and the eradication of plant and animal diseases. Few people envisioned these colleges as degree-granting institutions.

The State College of Agriculture and Mechanic Arts grew steadily from its first graduating class of 19 in 1893. In 1963 the reputation of State College was such that it was awarded university status, and its name was changed to North Carolina State University two years later. The Agricultural and Mechanical College began operating in Raleigh in 1891 in cooperation with Shaw University but moved to Greensboro in 1893, when its campus was completed. In 1915 the college was renamed North Carolina Agricultural and Technical College, and ten years later it became a four-year school. Regional accreditation was not achieved until 1936, with graduate approval coming in 1939. Then, as now, the strength of the school lay primarily in its farm and community outreach programs, as well as in its educational and nursing curriculums. In 1971 it was elevated to the status of a state university.