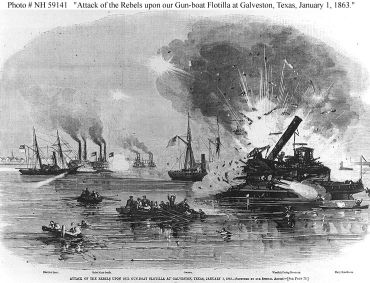 Wooden gunboats were built in North Carolina during three historical eras: the Revolutionary War, the period of the Thomas Jefferson and James Madison administrations (1803-ca. 1811), and the Confederacy's first year. All of the boats were designed for use in shallow water, propelled by both sails and oars.

The first of these ships used in the Revolutionary War were armed merchantmen intended to protect coastal towns in 1776. Three, the Pennsylvania Farmer, King Tammany, and General Washington, were outfitted as guard vessels. Because they were not totally satisfactory, North Carolina opted to combine resources with Virginia and build two rowing galleys to defend Ocracoke Inlet: the Caswell and the Washington, the Caswell serving at Ocracoke under Capt. Willis Wilson during 1778-79. Neither galley engaged in battle, but both were somewhat effective in protecting trade passing through Ocracoke Inlet. By 1780 the worm-ridden Caswell was sunk at its mooring in New Bern and the crew and weaponry were taken aboard the Washington.

The Jeffersonian gunboats were designed for coastal defense and for use on the western rivers. Ultimately, several served in the Mediterranean as well. First authorized in 1803, a total of 177 gunboats were built in many port cities of North Carolina until at least as late as 1811. Ranging from about 50 to over 75 feet long, they generally carried from one to three large guns, plus swivels.

At least six gunboats were stationed at Wilmington before and during the War of 1812. Others served at Ocracoke; after the war, these undistinguished vessels were usually laid up or sold out of service. A wreck uncovered on Bodie Island in 1939 may be the remains of Gunboat 140, which exploded, burned, and sank on 23 Sept. 1814 at Ocracoke Inlet. Gunboats 166, 167, 168 were built at Wilmington (in Smithfield) by Amos Perry. Gunboat 166 served during the War of 1812 as the Alligator; it sank in Port Royal Sound in July 1814 and was raised and sold in June 1815. Gunboat 168 plied the Atlantic coast and after the war was used as a guard ship between Savannah and Charleston.

Wooden Civil War gunboats took two forms. Some were prewar vessels adapted for military use, many serving in North Carolina's navy, the "Mosquito Fleet," which was destroyed in and after the fighting around Roanoke Island and Elizabeth City in 1862. The other form was custom-built under contract to the Confederate government in various coastal towns, primarily Washington, N.C. Both that town and Elizabeth City fell to Union forces in the spring of 1862, leading to the termination of several plans to build wooden gunboats in the state. One Washington gunboat was apparently taken up the Tar River and hidden in a creek in Pitt County. When it became obvious that the vessel could not be finished, it was burned. The wreck has been studied by underwater archaeologists since 1973.

The final disposition of the galley "Caswell" remains a source of debate.  On June 30, 1779 Thomas Jefferson, then governor of Virginia, wrote to North Carolina governor Richard Caswell that the "Caswell Galley" was sunk at her station, presumably Ocracoke Inlet (State Records Volume 14, p. 136).  According to William Still, Jr. (NC Division of Archives and History, 1976), Jefferson was mistaken in his report to Caswell:  in 1780 Capt. Hance Bond made appeal to the North Carolina legislature for back pay, indicating then that the ship was "laid up, and materials, stores and men are removed on board the ship Washington" (p. 29).  Still wrote that the fate of the galleys was still unknown, and that although remains of a similar boat had been found off Bodie Island in 1939 the evidence was inconclusive.

"Attack of the Rebels upon our Gun-boat Flotilla at Galveston, Texas, January 1, 1863."  Line engraving published in "Harper's Weekly", 1863. USS Harriet Lane is shown in the left distance, under attack by the Confederate gunboats Neptune and Bayou City. The grounded USS Westfield is at right, being blown up to prevent capture. USS Owasco is in the center of the view. " Image courtesy of the  U.S. Naval Historical Center Photograph. Available from http://www.history.navy.mil/photos/sh-us-cs/csa-sh/csash-mr/neptune.htm (accessed May 25, 2012).

A very interesting and

A very interesting and informative article, and I'm sure edited from the original. While planned for and financed collaboratively by VA and NC, Caswell and Washington were, I'm pretty sure, constructed in a yard at Old South Quay (key), VA on the Blackwater River about 3 miles south of Franklin, VA.

Contemporary records, I believe, show that the Caswell galley sank on station, i.e., near Ocracoke Inlet, not at her moorings in New Bern.