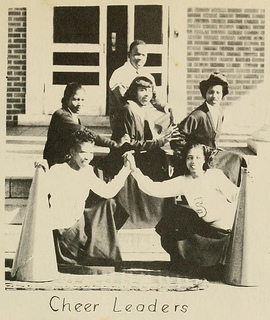 Elizabeth City State University in Elizabeth City was founded in 1891 as the Normal and Industrial School when the General Assembly passed a bill introduced by Hugh Cale, an African American legislator from Pasquotank County. The institution was established for the specific purpose of "teaching and training teachers of the colored race to teach in the common schools of North Carolina." Under the school's first principal and later president, Peter Weddick Moore, the institute grew both academically and physically in its first years.

In 1937 the school became a four-year teachers college, and the name was changed to Elizabeth City State Teachers College. The expanded school granted its first bachelor's degrees in 1939 in elementary education. In 1972 it became a constituent institution of the consolidated University of North Carolina System, and its current name was formally adopted.

By the early 2000s Elizabeth City State University offered 34 baccalaureate degree programs in the basic arts and sciences, selected professional and preprofessional areas, and an Advanced Master's Degree in Elementary Education through four schools-the School of Arts and Humanities, the School of Business and Economics, the School of Education and Psychology, and the School of Mathematics, Science and Technology. The institution also maintains a nursery school and kindergarten and offers degrees in such fields as geology, physics, accounting, criminal justice, industrial technology, political science, music, merchandising, computer science, and middle grades education. Elizabeth City State has an interracial, international faculty teaching more than 2,000 students from a wide range of geographic and ethnic origins.

Laws and resolutions of the State of North Carolina, passed by the General Assembly at its session [1891], North Carolina Digital Collections: http://digital.ncdcr.gov/cdm4/document.php?CISOROOT=/p249901coll22&CISOPTR=435827&REC=1