See also:
Climate and Weather Overview (from NC Atlas Revisited)
Weather and Climate in a Snap! 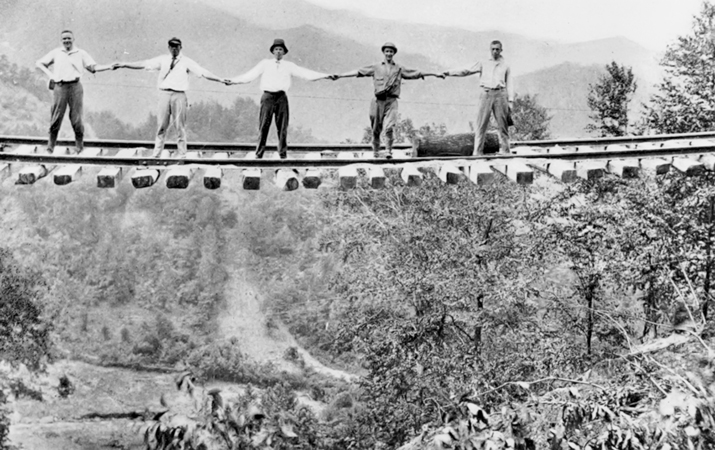 Droughts occur in the state fairly regularly, although long-term, serious droughts are rare. With the volatile nature of summer storms in North Carolina, a summer drought may be short lived and very localized: one farmer may be watching his crops wilt while his neighbor sees his being washed away in an intense thunderstorm. Urban water suppliers are unlikely to be worried by a short dry period whenever it occurs but will be greatly concerned by several months of below-average rainfall for a wide area. In North Carolina, where more than 40 inches of rain a year is normal, an annual total of less than 30 inches probably means a massive drought and economic disruption.

A series of droughts has occurred in North Carolina over the last 100-plus years since the start of routine weather observations. During the first quarter of the twentieth century, droughts affected a relatively small portion of the state or lasted only a couple of months. Droughts became more frequent and more severe in the mid- to late 1920s. Between July 1925 and September 1927, three consecutive growing seasons were almost completely wiped out by drought. Though not affected as severely as a few years earlier, North Carolinians certainly did not escape the catastrophic weather that punished the "dust bowl" of the early 1930s, suffering through periods of widespread drought every year between 1930 and 1934. Only in 1932, however, did a drought last for a whole growing season, so the state tended to avoid the severity of the problems that plagued the Midwest.

After the early 1940s and apart from a short period in the middle 1950s, when the whole of North Carolina was affected, there were only a few isolated drought areas and months until the 1980s. In July 1988 a catastrophic drought occurred in the state, leaving whole fields of crops wilted and reservoirs reduced to mud puddles. Midwestern farmers, not affected by a drought, organized a massive shipment of hay to feed starving animals and help their North Carolina brethren survive the deadly weather. Since that year, some growing seasons in the state have been affected by dry weather, but there have been no major back-to-back droughts, and government crop support programs have helped farmers survive the vagaries of the weather. 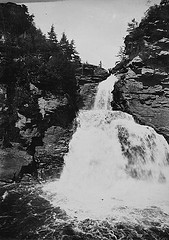 Floods in North Carolina can be divided into two types: those associated with the massive rains and high tides of hurricanes and so-called flash floods, those connected with locally heavy rainstorms, especially thunderstorms. In the western mountains, rapidly developing (and often equally rapidly disappearing) flash floods are one of the major weather related hazards. A single heavy storm over a small mountain watershed can cause a stream to overflow its banks in a matter of minutes. A few such storms will occur in almost any summer over most watersheds. Fortunately, most are relatively mild affairs; streams may rise to the top of their banks or may overtop their banks for a short period, but relatively little harm is done. However, nearly every summer brings a few heavy thunderstorms that seem to sit over a particular watershed for hours and lead to major flooding.

Once out of the mountains, the concern about floods changes somewhat. The floodwaters coming out of the mountain valleys increase the flow of piedmont rivers, but these rivers can usually absorb the effect of several swollen mountain streams without problems. Major flooding in the piedmont is most likely when the area is already saturated from previous rains. These rains themselves may not have caused flooding, but the saturated ground ensures that when the next rain comes (even though it may not be exceptionally heavy) it has nowhere to go but overland to the rivers, causing them to rise and flood rapidly. If this situation is combined with excess input from mountain streams, major flooding is possible. For instance, a rather weak depression in the exceedingly wet summer of 1963 triggered floods on virtually all piedmont rivers early in July, and severe stormy weather on 25 July sent rivers from Greensboro to Southern Pines back into flood stage. Three days later, thunderstorms in the mountains added to high flows there, causing further piedmont flooding.

Damage to bridges and other structures on a floodplain does occur, with landslides being a possibility and personal injury a major threat. Most flood-related deaths, though there have been mercifully few, happen when people are swept away while attempting to cross swollen, deceptively shallow-looking creeks. In August 1961, when ten inches of rain fell in 24 hours from a stalled cold front west of Asheville, five bridges were destroyed and one person was killed. Fortunately, advances in technology have led to more rapid communications and the greater success of flash flood warnings, both in the mountains and in the piedmont.

Charles B. Carney and Albert V. Hardy, Weather and Climate in North Carolina (1963).

Men standing on a railroad bridge in McDowell County after its center supports had been washed away during the great western North Carolina floods of July 1916. North Carolina Collection, University of North Carolina at Chapel Hill Library.