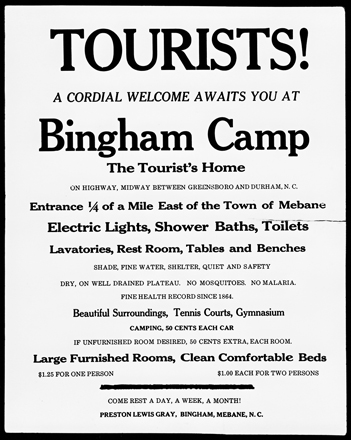 Broadsides, or broadsheets, single sheets of paper with printed text on one or both sides, were used in England as early as 1575 to communicate various kinds of information. The earliest known broadside printed in North Carolina, probably at the press of public printer James Davis in New Bern, appeared in 1757. It was a proclamation from royal governor Arthur Dobbs prohibiting the payment of taxes with notes or bills issued by James Murray and John Rutherfurd. Broadsides often dealt with strictly local matters such as politics, crime, religion, business, slavery, railroads, canals, education, real estate, military affairs, and upcoming entertainments.