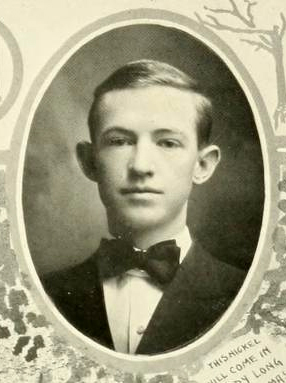 John Elliott Wood, army officer, was born in Hertford, the son of John Q. A. and Julia Elliott Wood. He was graduated from The University of North Carolina in 1911 and received an M.A. degree in 1912 with a thesis entitled "Design of an Engineering and Physics Building for the University of North Carolina." In 1914 he obtained a B.S. degree from the Massachusetts Institute of Technology. Wood was a special student in the University School of Architecture in Venice, Italy, before World War I.

In 1917 he joined the army and was commissioned second lieutenant, serving in the Twenty-sixth Infantry Division in France in 1917 and 1918. At the end of that time he was commissioned in the Corps of Engineers, Regular Army, and was with the Army of Occupation in Germany in 1919–20. President Woodrow Wilson in November 1920 appointed him to the District of Columbia Commission, where until 1924 he was in charge of waterworks, sewers, street lighting, and the design and construction of municipal structures in the city. Included were school buildings, fire and police stations, hospitals, and other structures.

Between 1927 and 1930 Wood was with the First Cavalry Division on the Mexican border, and in 1931–34 he was federal instructor-inspector with the New England National Guard. He next was in the Philippines as assistant department engineer working on the fortifications of Corregidor, Manila, and Subic Bay in 1934–36. Returning to Washington, he was in charge of the map collection in the War Department from 1937 to 1940. In August 1940 he was assigned to Fort Bragg to organize the Forty-first Engineer Regiment, which he commanded successively as major, lieutenant colonel, and colonel, participating with the regiment in the Carolina maneuvers of 1941. Leading engineer units, he took part in amphibious training at Onslow Beach in 1941 and Cape Henry in 1942. He commanded a task force landing on the coast of Liberia in June 1942, composing the first U.S. troops in Africa. 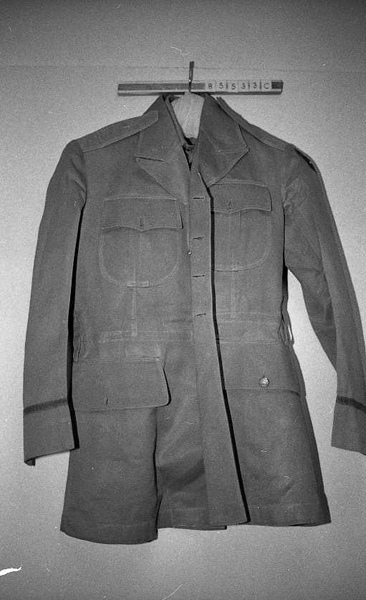 Wood was assistant division commander of the Ninety-second Infantry Division throughout its training; that division's first combat team went to Italy in the summer of 1944. He served in Italy on the Fifth Army front from the August offensive of 1944, crossing the Arno, until the end of hostilities; his command was first attached to the First Armored Division and then to the Ninety-second Division. It advanced from Pisa to the French border, capturing Genoa and other cities in the offensive of April 1945. Now a brigadier general, Wood commanded the division in the occupation from August until it was demobilized in November.

He served as theater engineer in the Mediterranean theater of operations in 1946–47 and as assistant chief of staff, G-4, Army Field Forces, in 1948–49. On 31 July 1949 he retired after thirty-two years of active duty. For his contributions he was awarded the Silver Star Medal, Legion of Merit, Bronze Star, Army Citation Ribbon, and Order of the Crown of Italy and Military Cross—the latter bestowed in person by the former king Umberto in 1945. He also was made an honorary citizen of Viareggio, Italy.

Following his retirement General Wood settled on his farm on Currituck Sound to raise stock and engage in research and writing local history. He was a member of the Pasquotank Historical Society, which he served as president; he also was editor of the first two volumes of the society's Year Book. A Democrat and a member of the Episcopal church, Wood never married. He was buried in Cedarwood Cemetery, Hertford.