Thomas Edward Winecoff, minister and scientist, was born in Concord, the son of James and Margaret McKibben Winecoff. After he was graduated (1890) and obtained a master of arts degree (1893) from Davidson College, Winecoff studied law at The University of North Carolina in 1897–98. He left Davidson in 1890 to become an instructor of Latin at Centenary College in Louisiana. Although a Presbyterian by birth, he joined the Methodist church as a youth, and he left Centenary to become president of Cooper Normal College, a small Methodist college in Mississippi. 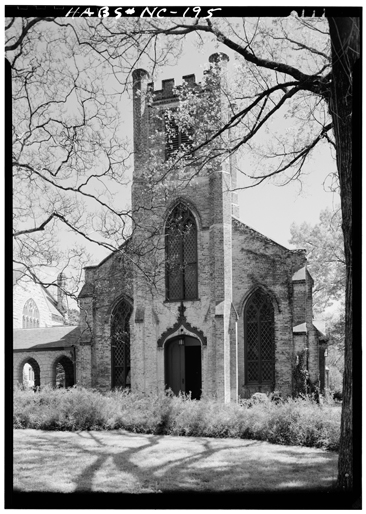 Winecoff was at Cooper for only a year, for in 1893 he turned to the Protestant Episcopal Church and was ordained to the ministry. From 1896 to 1898 he was in charge of the Chapel of the Cross in Chapel Hill, then spent some time at West Virginia University and the University of Washington while continuing work in the ministry. From Washington Winecoff went north to the Arctic Circle, where he became a U.S. marshal at Fort Yukon. He also collected arctic insects for the National Museum at Washington and the French national museum in Paris. A lover of outdoor life and biological science, he was able to enjoy both in the Arctic.

In 1918, near the end of World War I, Winecoff volunteered as a welfare worker in the French army. Ranking as an officer, he carried the official notice of armistice along the five miles of the French firing line on the morning of 11 Nov. 1918.

Winecoff returned to the United States to engage in home mission work in the Rocky Mountains, where he served an area more than four times the size of Delaware for over eight years. In 1927 he moved to Scranton, Pa., to become pastor of the Church of the Good Shepherd. He retired from the pastorate in 1929 and accepted a position as consulting biologist, in charge of research, for the Pennsylvania State Game Commission.

In 1892 he married Allie Estelle Black of Oxford, Miss. They had one daughter, Anna Thompson. Winecoff, a cousin of Thomas Dixon, author of The Clansman, died in Williamsport, Pa., and was buried in Concord, N.C.