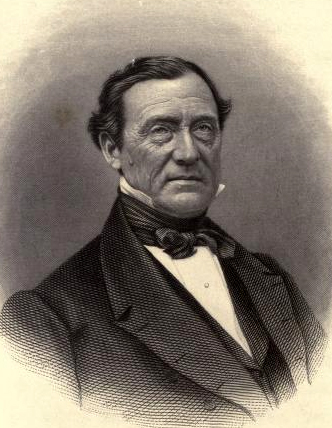 Jesse Lynch Williams, civil engineer, was born at Westfield, in Stokes County, the youngest child of Jesse and Sarah Terrell Williams, both of prominent families of the Society of Friends (Quakers) in the Guilford County area. He was the first cousin of three other men of note: on his father's side, of Levi Coffin, a leader in the Underground Railroad movement, and Elkanah Williams, a pioneer in the science of ophthalmology, and on his mother's side, of Charles Lynch, governor of Mississippi during 1835–37. The Williams family was also renowned for a major part of the Battle of Guilford Court House having been fought on the farm of Richard Williams, the grandfather of young Jesse.

In 1814 Williams and his family were among the people who left North Carolina during its "Rip Van Winkle" period, moving first to Cincinnati, then to Warren County, Ohio, and finally, by 1820, to a place near Richmond in Wayne County, Ind. He received an education in the small local schools where he lived as well as, for a time, at Lancastrian Seminary in Cincinnati.

Even though he had no formal training in civil engineering, it came to be his greatest interest, especially after the idea of a canal to connect the Great Lakes with the Ohio River was aired in the internal improvements boom of the 1820s. In about 1824 he signed on as a rodman with the first survey of the feasibility of such a project, and when the state of Ohio decided to undertake it in the form of the Miami and Erie Canal in 1828, Williams was hired as an engineer. While on this project he made a name for himself by developing such things as the feeding of the canal by a system of reservoirs instead of long feeder streams and designing an aqueduct for the canal across the Scotio River. Largely as a result of his work on the Miami canal, he was chosen by the Indiana legislature in 1832 to be chief engineer of the Wabash and Erie Canal, a position he held until 1876. In 1835 he was appointed chief surveyor of all canals in Indiana and in 1836, the state's chief engineer of canals. In 1837 he was also named to oversee all railroads and turnpikes. With his career now encompassing railroads, Williams became the chief engineer of the Fort Wayne and Chicago Railroad, a corporation for which he was instrumental in many mergers until it became one of the largest railroads in the Midwest. He was its director from 1856 to 1873. In working with this railway through Indiana and Illinois he came to know and become a close friend of Abraham Lincoln, a friendship that brought him an appointment as government director of the Union Pacific Railway in 1864. He was annually reappointed to this post for five years by presidents Lincoln, Johnson, and Grant. In this job he directed the survey of the most easily traversable path over the Rocky Mountains that the rail was to take; it was said to be one of the greatest engineering feats in railroad building to that time. Further, his report to the secretary of the interior about the overcharges of contractors led to the famed Credit Mobilier investigation.

He resigned his position with the Union Pacific in order to accept the receivership of the Grand Rapids and Indiana Railway. Williams directed the completion of this floundering project acting as both receiver and engineer. Afterwards he took on a similar post with the Cincinnati, Richmond, and Fort Wayne Railroad.

Williams had left the Quaker church in 1830 to join the Presbyterians, and on his settling in the then small town of Fort Wayne in 1832 he joined the First Presbyterian Church. The next year he was named a ruling elder, a position he held for the remainder of his life. Active in the workings of the church, he frequently served as a commissioner at the meetings of the Presbytery, Synod, and General Assembly and was one of the original directors of the Presbyterian Theological Seminary of the Northwest, which later became the McCormick Theological Seminary.

On 15 Nov. 1831 he married Susan Creighton, the daughter of William Creighton, the first secretary of state of Ohio. They had three sons who lived to adulthood: Edward Peet, Henry Martyn, and Meade Creighton. Meade became an influential leader in the Presbyterian church and was the father of Jesse Lynch Williams (1871–1929), the author and playwright.

Williams died in Fort Wayne, where he was buried.

Hugh McCulloch, Men and Measures of Half a Century (1888).