Gaston Hillary Wilder, lawyer, legislator, and railroad president, was the son of Hillary (1784–1849), a planter and legislator, and Esther Avera Wilder, both natives of Johnston County. While Gaston was still a boy, his father established a plantation, Wilder's Grove, in Wake County, four or five miles east of Raleigh. Here young Wilder spent his childhood and youth before attending the Bingham School at Hillsborough. He was graduated from The University of North Carolina in 1838, making a commencement address on "The Spirit of the American Government." He then began to read law in Raleigh under William Henry Haywood, was licensed to practice in 1841, and received the customary M.A. degree in 1843. Wilder was a member of a committee that supervised the opening of the new capitol in 1840.

While practicing law in Raleigh, he became interested in the political scene, ran for a seat in the legislature, and represented Wake County in the lower house from 1842 to 1847. In the latter year President James K. Polk appointed him paymaster, with the rank of major, of the North Carolina regiment in the War with Mexico. Wilder anticipated the development of a statewide system of railroads, and in 1852 he persuaded the legislature to appropriate funds to finance study and planning for railroad expansion in western North Carolina. From 1854 to 1857 he again served in the General Assembly, this time representing Wake County in the senate. 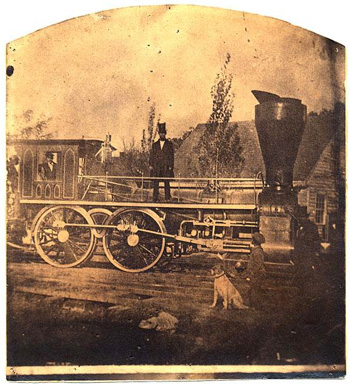 In 1858 Wilder became president of the Raleigh and Gaston Railroad. On 1 June 1859, during a visit of President James Buchanan to North Carolina to make the commencement address in Chapel Hill, he arranged for a locomotive, named the William A. Graham, painted white and its brass polished, to pull a "Special" consisting of seven cars to carry U.S. soldiers, artillerymen, a military band, and guests from Weldon to Durham Station. The president and Governor John W. Ellis had the use of Wilder's own president's car. From the station to Chapel Hill, however, everyone traveled by buggy, arriving, it was noted, "covered with dust."

The Civil War ended Wilder's career as a railroad president but made him an active participant in the conflict as the receiver of funds collected from the sale of property sequestered by the state from Union sympathizers. This duty lasted throughout the war, near the end of which Wilder, fearing capture and punishment by Federal authorities, fled with his son to Chester, S.C., in a muledrawn wagon. In 1866 he returned, took the oath of allegiance to the United States, and was pardoned.

Both Confederate and Union troops had alternately occupied his plantation; livestock had been removed, crops used by the soldiers, and fence rails burned. But the buildings still stood, and he began rehabilitating them. Some of his slaves remained on the plantation for nine years. Work at Wilder's Grove and his law practice in Raleigh occupied him until early in 1873, when he suffered a fractured leg. His health failed rapidly, and he died in the late summer and was buried on the plantation. Newspaper obituaries were glowing in their characterization of him, employing such terms as "impressive speaker," "plain in his habits and manners," "hospitable," "one of the most popular citizens of Wake County," and "he lived and died an honest man."