Richard Henry Whitehead, physician, anatomist, and educator, was born in Salisbury, the son of Dr. Marcellus and Virginia Coleman Whitehead. The family had moved in 1845 from Virginia to North Carolina, where Richard's father and older brother John became eminent physicians. Young Whitehead attended high school in Salisbury, Horner Military School in Oxford, and Wake Forest College where he was graduated in 1886 with a bachelor of arts degree. Returning to Salisbury, he spent the summer of 1886 studying anatomy and physiology with his father, an experience that crystallized his desire to practice medicine. 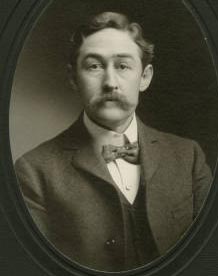 In 1887 he enrolled in the University of Virginia, where he completed the two-year curriculum in one year and received a doctor of medicine degree with high honors. At Charlottesville he was profoundly influenced by Dr. William Beverly Towles, professor of anatomy, who appointed Whitehead as demonstrator of anatomy for the period 1887–89 in recognition of his outstanding scholarship and teaching skills. Whitehead spent the winter of 1889–90 studying medicine at hospitals in Philadelphia and New York City. In the summer of 1890 he returned to Salisbury to form a medical partnership with his brother, Dr. John Whitehead.

Scarcely had he settled into his practice when he was called to Chapel Hill to guide The University of North Carolina School of Medicine during its early years. The Medical School had closed in 1885, when Dr. Thomas W. Harris resigned his position as dean. In 1889 the university's board of trustees and faculty recommended reopening the school with Dr. Paul B. Barringer as dean. When Barringer subsequently moved to the University of Virginia, he strongly recommended to The University of North Carolina Board that Richard Whitehead be considered as his replacement. Thus in the summer of 1890 Whitehead was asked to become professor of anatomy and dean of the University of North Carolina School of Medicine. It was a difficult decision to give up his private practice for an uncertain future at the fledgling medical school, but he finally accepted the position and moved to Chapel Hill in September 1890.

Whitehead immediately set out to reorganize the curriculum of the Medical School, where he taught anatomy, physiology, and medicine while concurrently serving as university physician for the students and local population. During these early years, the Medical School had few students, beginning with ten in 1890 and increasing to twenty-five by 1895. Most of the graduates transferred to institutions outside the state to complete their clinical training, among the more popular choices being the University of Maryland, Jefferson, South Carolina, or Vanderbilt medical schools. Under Whitehead's skilled leadership, the school in Chapel Hill enlarged its curriculum from one to two years by the time of the 1896–97 academic session. In 1896 Dr. Charles Staples Mangum joined the faculty as professor of physiology and materia medica, and in 1898 the school was admitted to the Association of American Medical Colleges in recognition of its academic excellence. By 1901 Whitehead had successfully incorporated the Medical School into the general university and had recruited Dr. Isaac Hall Manning as professor of physiology and bacteriology. In 1902 clinical studies were offered for the first time at Raleigh under the direction of Dr. Hubert Ashley Royster.

Through all of these changes, Whitehead maintained his vision of how medicine should be taught, with the first two years devoted exclusively to the basic sciences, emphasizing a mastery of the foundations without the "distractions" of clinical practice. He believed strongly in the separation of the basic and clinical sciences, and his pioneering work at The University of North Carolina laid the foundations for the educational system and philosophy followed by his successors. With his growing reputation as a diagnostician, teacher, and administrator, Whitehead was called to the University of Virginia in 1905 to reorganize the curriculum and serve as dean of the Medical Department and professor of anatomy.

Whitehead also was recognized for his scholarly abilities and research in endocrinology, neuroanatomy, and embryology. His best-known work, Anatomy of the Brain, was published in 1900 in collaboration with Drs. Francis P. Venable, William de B. MacNider, and Charles S. Mangum. Whitehead was active in the American Medical Association, Association of American Anatomists, North Carolina Medical Society. He was a member of the Baptist church, the Democratic party, and Kappa Alpha social fraternity. On 4 June 1891 he married his cousin, Virgilia Whitehead, of Amherst, Va. In recognition of his leadership in medical education, Whitehead was awarded an honorary doctor of letters degree from The University of North Carolina in 1910.

Transactions of the Medical Society of the State of North Carolina (1917).

University of North Carolina School of Medicine, Bulletin, no. 2 (1955).