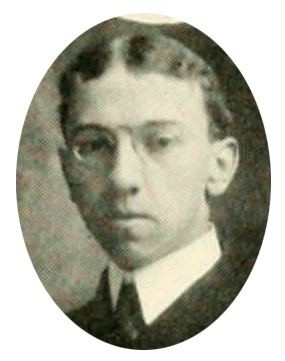 William Asbury Whitaker, teacher, scientist, and business executive, the son of William Asbury and Anna Bitting Whitaker, was born in Salem, where he attended the public schools and the Salem Boys School. In 1904 he received a bachelor of philosophy degree from The University of North Carolina. During his senior year he did graduate work in chemistry at Columbia University, earning an M.A. degree. In the summer sessions of 1911 and 1912 he was a graduate student at the University of Chicago.

Whitaker began his teaching career in 1906 as an instructor in chemistry at the College of the City of New York. The head of his department, Dr. Charles Baskerville, had been his chemistry professor at The University of North Carolina. Whitaker remained at City of New York until 1912, when he accepted the position of associate professor of metallurgy at the University of Kansas. Four years later he was promoted to full professor. While at Kansas he served for four years as director of State Chemical Research and for two years as chairman of the Missouri-Kansas section of the American Chemical Society. He was the founder of the Kansan Chemallurgist and its advisory editor. Whitaker frequently contributed articles to scientific journals, including Metallurgical and Chemical Engineering, Economic Geology, State Geological Survey of Kansas, and Engineering and Mining Journal. One of the results of his original research was the invention of a process for the flotation of oxidized ores. During World War I he was appointed an associate member of the U.S. Naval Consulting Board.

At the end of the war Whitaker left Kansas to become a foreign representative of the Standard Commercial Tobacco Company of New York, an importing and exporting firm. In a few years he became vice-president of the company. He spent a good deal of his time in the Mediterranean area, particularly in Greece and Turkey. Continuing his research, now in the field of tobacco culture, Whitaker patented a process for the improvement of tobacco technology and in 1925 published an article, "The Culture of Turkish Tobacco as Exemplified in the Smyrna Type," in the magazine Tobacco. In the late 1920s he left the tobacco business and devoted most of his time to travel.

Whitaker was unable to enjoy his leisure for many years, for with the onset of the Great Depression "I was kicked back," as he expressed it, into the financial world. In 1931 he joined with Francis I. du Pont and others to form the brokerage house of Francis I. du Pont and Company at One Wall Street. On 1 Mar. 1932 the company announced that it had opened an uptown office "under the management of Mr. William A. Whitaker, resident partner."

Whitaker retired on 31 Dec. 1940 in order to pursue his growing enthusiasm for collecting in the fields of literature, history, art, and archaeology. As early as 1921 he had begun compiling autographs of notable people. This modest beginning expanded over the years to include rarities in the fields of English and American literature, historical documents of the colonial and Revolutionary periods, and objects of art, all of which were ultimately given to The University of North Carolina. Throughout his life Whitaker maintained an active interest in his alma mater, serving for a time as president of the New York alumni chapter.

In 1947 he made his first gift to the university library, the second folio edition of Shakespeare's works. On that occasion, he wrote the university librarian: "I had no sooner acquired this treasure when I realized that it should never be hoarded, and kept hidden in a vault where few eyes could see it, but rather it should rest where its presence might bring continuous joy to scholars and book-lovers. There was for me, then, only one choice as to its proper resting place, and that was a dear old southern campus." Over the next ten years Whitaker established several major collections for the university library: the works of Samuel Johnson, James Boswell, and their friends; first editions of Charles Dickens and other Dickensiana; illustrations of George Cruikshank; first editions of William Makepeace Thackeray; and costume plates in color. In 1955, as a memorial to his parents, he created the William A. Whitaker, Sr., and Anna B. Whitaker Loan Fund for needy students. In recognition of Whitaker's "business and professional achievements and of his generous benefactions for the advancement of scholarship" The University of North Carolina awarded him the LL.D. degree in 1956.

Whitaker, a bachelor, died at the New York Athletic Club, where he had made his home for the past twenty-five years. He was a member of the Episcopal church and the Sons of the American Revolution and a thirty-second degree Mason. He was buried in the Salem cemetery, Winston-Salem. A portrait of him by Albert Murray hangs in the Rare Book Collection at The University of North Carolina Library.

Two months after his death the university held a memorial service for Whitaker in Gerrard Hall. At this service, presided over by Chancellor William B. Aycock, it was announced that Whitaker had left the university a bequest of $1.75 million for the establishment of the William A. Whitaker Foundation. The bequest provided that the income should be divided into three equal parts for (1) the purchase of books and manuscripts for the library, particularly the Rare Book Collection; (2) scholarships and fellowships; and (3) the acquisition of paintings and sculptures. Through the years the Whitaker legacy has contributed greatly to the growth of the university's programs in these fields.