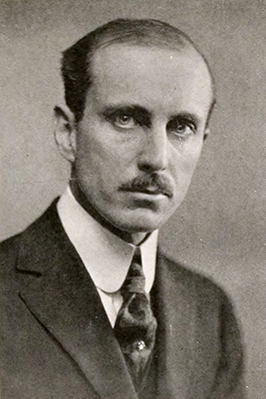 Bertram Whittier Wells, botanist, teacher, and author, was born in Troy, Ohio, the son of the Reverend Edward T., a Methodist minister, and Lucia Morehouse Wells. Identification of a rare wildflower as a high school youth sparked his interest in botany, which he pursued at Ohio State University, earning an A.B. degree in 1911 and an M.A. degree in 1916. He received a Ph.D. in ecology from the University of Chicago in 1917.

Now prepared to teach, Wells accepted a post at Knox College in Illinois. His stay there was short-lived as he moved first to Connecticut Agricultural College and then to the Kansas State Agricultural College. Late in 1918 he was named head of the Botany Department at the University of Arkansas. When the chairmanship in botany opened up at North Carolina State College in 1919, Wells was offered the position. He accepted and served until 1949. Under his leadership the department grew from three to thirty professors. Wells continued teaching ecology at State College until 1954.

During his thirty-five years of service in North Carolina, Wells made three significant discoveries. First, he postulated that salt activity causes brush along the ocean shore to slope away from the seaside. Until his observation winds were considered to be the causal factor of such distributions. Second, he suggested the most widely accepted origin for the Carolina Bays—that these strange depressions in eastern North Carolina were the result of scooping activity by showers of meteorites. And third, Wells indicated that "balds," grasslands in the midst of forested mountains, were sites of former Indian summer camps. Man's presence for the duration of the summer prevented tree growth.

Wells wrote many technical papers. His most famous work, The Natural Gardens of North Carolina (1932), described the flora of various habitats in the state. Although never one to be described as a joiner, he was a member and served as president of the Southern Appalachian Botanical Society and the North Carolina Academy of Science.

After his retirement in 1954, Wells lived the remainder of his life on his farm alongside the Neuse River in northern Wake County. He was married twice, first to Edna Mety, of Jewell City, Kans., in 1917; after her death in 1938, he married Maude Barnes of Raleigh in 1941. There were no children of either marriage. Wells died in Raleigh.