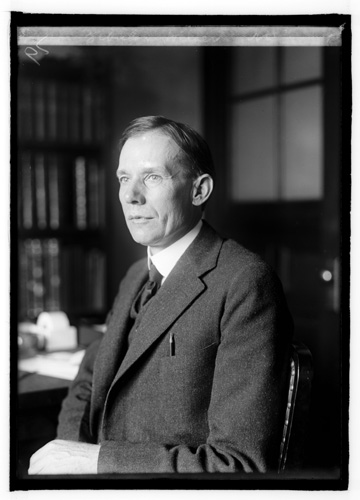 Zebulon Weaver, congressman and North Carolina legislator, was born on a farm near Weaverville in Buncombe County to William Elbert and Hanna E. Baird Weaver. His lineage included two prominent families of western North Carolina. His great-grandfather John Weaver may have been the first settler in Buncombe County. The town of Weaverville was named for Zebulon's grandfather, Metroville[*] Weaver. His father had fought in the Civil War, developed large land interests, and played an active role in Democratic politics, including service in the General Assembly. Zebulon's mother was a granddaughter of Zebulon Baird, another pioneer resident of the area.

Weaver was first employed as a teacher in the Madison County schools after receiving a B.A. degree from Weaverville College in 1890. He studied law at The University of North Carolina (1894–95), was admitted to the bar, and returned to Asheville to practice general corporate and civil law. Entering politics, he served in the North Carolina House of Representatives in 1907 and 1909 and was a state senator from 1913 to 1915. In the 1907 session of the General Assembly he helped to draft North Carolina's first conservation laws, an action that reflected his lifelong interest in the environment. As a boy he had been intimately acquainted with the ornithologist John S. Carnes, who instilled the abiding appreciation for wildlife.

In 1916 Weaver ran as a Democrat for Congress in the traditionally Republican Tenth District. In a very tight race he was declared elected locally after he won 9 more votes than Congressman James J. Britt out of 36,000 votes cast. Britt continued to contest the election although Weaver was seated in Congress in March 1917. On 1 Mar. 1919, a few days before the end of the term, Britt was declared legally elected and was paid for two years of service for which Weaver had already been paid. Meanwhile, Weaver had been formally elected to a second term in 1918. He resumed his service and continued to be re-elected each succeeding term until 1946, except for the great Republican triumph of 1928. During those years Buncombe County's district was changed to the Eleventh and in 1941 to the Twelfth District. Seeking renomination for a fifteenth term in 1946, Weaver was defeated by Monroe M. Redden of Hendersonville.

In Congress Weaver was a strong advocate of the policies of Woodrow Wilson and Franklin D. Roosevelt. On foreign policy matters, he was an internationalist. He was the only member of the North Carolina delegation to vote for the woman suffrage amendment. Weaver is most remembered for his support of the Great Smoky Mountains National Park and the Blue Ridge Parkway. Indeed, when he ran for renomination in 1946, he sought to remain in Congress only one more term so that he could see the parkway completed.

After being defeated for Congress, Weaver practiced law with his son, Zebulon, Jr., in Asheville until declining health forced him to retire. He was buried in Riverside Cemetery, Asheville.

We the People of North Carolina, November 1943.

Please correct the spelling of Montraville. Also, it is Anna Capers Hyman. I'm the great granddaughter of Congressman Weaver.

Since this is a UNC Press publication, we cannot make this change directly to the article. However, I have added asterisks and notes just below the article. Thank you for bringing this to our attention.