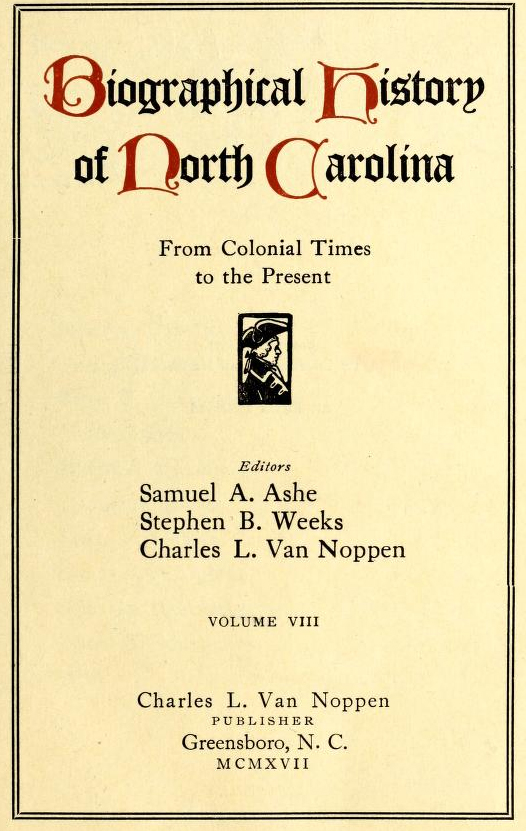 Charles Leonard Van Noppen, businessman, publisher, and political reformer, was born at Wemeldinge, Zeeland, Holland, the son of Cornelius Martin and Johanna Maria Cappon Van Noppen. His parents immigrated to the United States in 1874, settling first in Michigan and in 1877 near Greensboro, where they became members of the Society of Friends and sent their boys to the New Garden Boarding School (now Guilford College). While a teenager, Charles Leonard Van Noppen attended The University of North Carolina, graduating about the same time that his parents died in 1887. Early in life he gained national distinction as a book salesman, enabling him to assume responsibility for educating his two brothers, John J. and Leonard Charles. He was associated with such prestigious firms as Charles Scribner's Sons and the Yale University Press.

Often taking time from his extensive business interests to support education and public works, Van Noppen was contemptuous of businessmen who lacked a sense of civic responsibility. In 1899 he gave his services to establish a fund to construct an Alumni building for The University of North Carolina, and in 1903 he spearheaded a campaign to save the Greensboro Female College from foreclosure. He claimed to have also played a major role in obtaining a new post office building for Greensboro in 1933. The business achievement that he took the greatest pride in was his work in organizing and promoting the Security Life and Annuity Company, which merged with the Jefferson Standard Life Insurance Company. He was president of the Southern Light Improvement Company, which was associated with the Tungstolier Company of Ohio and had the sole contract to sell the company's tungsten lamps in the Southeast. He was an agent for the Camden Land and Cattle Company, and he had a number of real estate interests in Georgia and North Carolina. By 1913 his estate was worth well over a quarter of a million dollars.

Van Noppen was the publisher and principal supporter of Samuel A'Court Ashe's Biographical History of North Carolina, issued in eight volumes between 1905 and 1917. In 1907 Van Noppen recognized the talent of the young Stephen Beauregard Weeks, who has been hailed as the state's first professional historian, and brought Weeks into the enterprise as associate editor. At the same time he was active in a campaign against the so-called Mecklenberg Declaration of Independence. He wrote and published a number of pamphlets between 1908 and 1912 opposing the declaration, which he proclaimed an 1892 forgery. He also supported Leonard Charles Van Noppen's literary endeavors; by 1913 he had invested $10,000 in his brother and in 1917 he published Leonard Charles's translation of Joost van den Vondel's Lucifer. 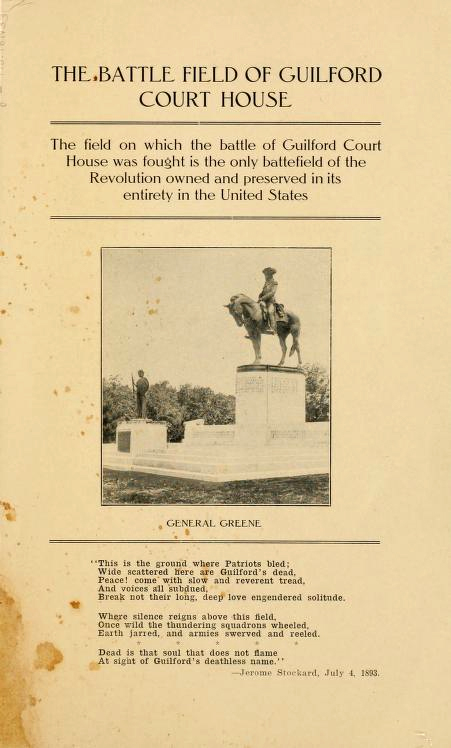 Despite his many business interests Van Noppen considered himself a Jeffersonian Democrat; he adopted for his own political creed the motto "equal rights to all, special privileges to none." In 1914 at the Progressive Democratic convention he proposed the adoption of a woman's suffrage plank, and from 1930 until his death he campaigned against special banking rates for corporations. In 1932 he was a candidate for the newly created Sixth Congressional District comprised of Guilford, Alamance, Orange, and Durham Counties. His campaign pledge of "Human Rights above Dollar Rights" opposed corporations, particularly the tobacco companies and their lawyer friends. He also urged support for public education and came out in favor of the League of Nations. In his 1936 bid for Congress he continued his attacks against corporations. Singling out John and William Umstead, he repeated his vitriolic comments of 1932 referring to the Umsteads as "John the Ox and Bill the Ass."

Throughout much of his adult life Van Noppen resorted to the printing press to publicize the causes in which he believed. Among the earliest was The Manhood and Intelligence of North Carolina Should Stand for Truth and Justice, Truth and Justice for the History of North Carolina, The Mecklenburg Resolves of May 31, 1775 v. The Mecklenburg Declaration of May 20, 1775 (1908). Near the end of his life he wrote Are the People Being Enslaved by the Banks? If So, What Are We Going to Do about It? (1930), The Industrial Banks Must Be Destroyed! Exposed as Racketeers! Bills for the Legislature to Consider (1930), The People Be Damned: The Shame of Greensboro (1930), The Impending Crisis (1933), Killing the Goose, Then What? (1936), and Death in Cellophane (1937).

In appearance Charles L. Van Noppen was less Byronic and a good deal stouter than his brother, Leonard C. In all respects he looked like what he was: a successful businessman and a native of Holland. He maintained his home in Greensboro, where he married Addie Donnell in 1896. He was pleased that his four children were college graduates. As he was getting off a bus, Van Noppen was struck and killed by an automobile. He was survived by his wife and children: Mrs. George Howard, Mrs. Robert P. Wilson, Charlotte, and Donnell.