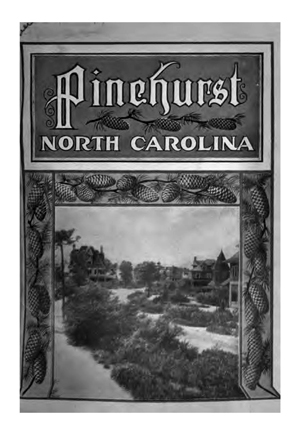 Leonard Tufts, resort developer and geneticist, was born in Medford, Mass., the son of James Walker and Mary Emma Clough Tufts. He attended the Medford public schools until the age of fifteen, when he entered Stone's Private School in Boston. He later enrolled at the Albert Hale School prior to matriculating at the Massachusetts Institute of Technology to study mechanical engineering. A member of the class of 1894, Tufts left MIT before completing his last year in order to join the staff of the American Soda Fountain Company, in Boston, of which his father was president. He soon became a vice-president and director of the company. When his father, the founder and owner of Pinehurst, N.C., died in 1902, Leonard Tufts inherited a resort village growing renowned because of its golf.

In 1904 he relinquished his executive position in Boston and moved with his family to Pinehurst, where he took up permanent residence as full-time director of the resort. One of the first steps that Tufts took to put the operation on a sound financial footing was to abandon his father's policy of retaining ownership of all Pinehurst real estate. He began selling lots in the village and in 1907 turned the first profit in the resort's twelve-year history. Tufts applied the money towards construction of a sand- and clay-surfaced road to Southern Pines, six miles away. Thereafter he demonstrated an ardent interest in road building not only in his area but also in North Carolina generally.

Tufts also raised Ayrshire cattle and Berkshire hogs on a large scale; his dairy farm, established to supply milk and butter to Pinehurst hotels, was considered one of the finest in the state. His superior livestock was displayed at the annual fair that he operated in Pinehurst. With the number of people visiting his resort always increasing, Tufts opted to buy 6,000 acres of nearby land where he could develop a satellite community. A real estate venture at Knollwood accordingly was launched under his guidance, as was the golf club at Mid Pines. He organized the holdings inherited from his father as Pinehurst, Incorporated, chartered under state law. This private enterprise he controlled as president, but a village council was chosen each year from among residents to act in an advisory capacity to Tufts and his business associates.

In 1919 Governor Thomas W. Bickett offered Tufts a seat on the State Highway Commission but he declined the position. The gubernatorial gesture derived from a recognition of Tufts's role as a pioneer in the construction of modern highways in North Carolina. He was, indeed, chairman of the county Good Roads Committee. As the head of a thriving resort as well, he identified five priorities for the enterprise: transportation, buildings, food, fun, and beauty. New golf courses, riding trails, a trotting track, a livery stable, and many other facilities were built before he retired in 1929 because of illness and turned over the management of Pinehurst, Incorporated, to his eldest son, Richard S. Tufts.

Leonard Tufts devoted the rest of his life to developing better cattle-breeding methods. After years of experimentation he found a technique that was 70 percent successful in producing good calves. His complicated formula, known as the Regression Index, was adopted in January 1945 by the Ayrshires Breeders Association. Several pamphlets on livestock resulted from his genetic studies, for which he was nationally respected. 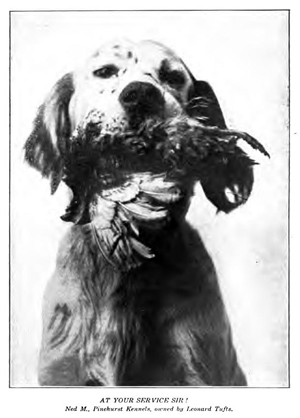 On 14 June 1895 Tufts married Gertrude Ware Sise, the daughter of Albert Fleetford and Edith Ware Sise of Medford, by whom he had three sons and one daughter. He died of virus pneumonia at Moore County Hospital, Pinehurst, and was buried in the family plot in Mount Hope Cemetery, Southern Pines. At the time of his death author Struthers Burt commented on his personal attributes: "Always one remembers some especial characteristic of a man or woman. There was Leonard Tufts' quiet manner and then, his sudden, illumined smile, in his eyes and on his lips. He was invariably interested in the other person. A real interest [it was], rare and noticeable and valuable beyond measure."

In a portrait owned by Richard S. Tufts of Pinehurst, the elder Tufts appears as a distinguished man with brown hair and blue eyes; he was of medium height and somewhat stocky in build. His papers are located in the archive wing of the Given Memorial Library, Pinehurst.

Leonard Tufts. Pinehurst, N.C., a Brief Description of the Leading Health and Recreation Resort of the South. Boston. 1906. https://archive.org/details/pinehurstncabri00tuftgoog (accessed May 8, 2014).

Leonard Tufts. Pinehurst, N.C., a Brief Description of the Leading Health and Recreation Resort of the South. Boston. 1906. https://archive.org/details/pinehurstncabri00tuftgoog (accessed May 8, 2014).