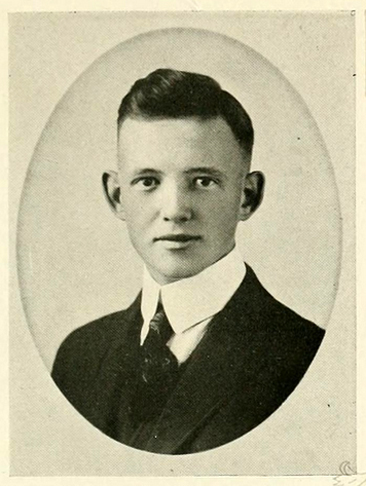 William Hermas Stephenson, manufacturer of life-saving and safety equipment, was born in Raleigh, the son of Charles Henry and Annie Evelena Jones Stephenson. He was graduated from The University of North Carolina in 1918 with a degree in electrical engineering and membership in Phi Beta Kappa. After serving as a lieutenant in the navy during World War I, he attended Harvard Law School and in 1922 received LL.B. and S.J.D. degrees from the University of Texas. He was promptly admitted to the state bar there, in New York the following year, and in California in 1924. From 1922 to 1928 he practiced in Dallas. In 1929 he founded in Mina, Nev., the American Mines and Metals Corporation, which he operated until 1934.

Between 1935 and 1940 Stephenson developed for the American Medical Association the first automatic resuscitator. In 1946 he founded the Stephenson Corporation, in Red Bank, N.J., which became the largest manufacturer of resuscitators and oxygen-breathing equipment in the world. Among his other products were the Drunkometer, the Breathalizer to test for drunken driving offenses, and radar equipment to detect automobile speeding violations. In addition, he was vice-president of Life Support Systems, Inc., and other firms. With his cousin, Katherine Buford Peeples, he cofounded the Austro-American International Conservatory of Music at Mondsee, Austria, and served as executive vice-president. He also established the Institute for World Affairs, Mondsee, Austria, in 1934, and was cofounder of the International Rescue and First Aid Association in 1948.

Stephenson was active in the Presbyterian church and was a member of the New Jersey Council on Historic Sites. In 1942 he married Esther C. Myers, who died in 1959; they were the parents of Dorothy Esther and William Hermas. His second wife was Irene W. Stephan.