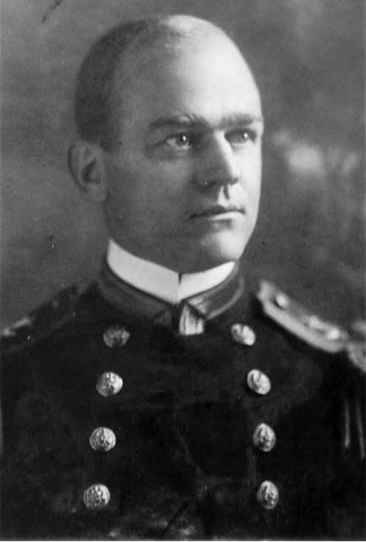 Adolphus Staton, naval officer, was the younger brother of Henry and the son of Dr. Lycurgus Lafayette and Kate Baker Staton. The scion of a prominent family in Tarboro, he attended the Virginia Military Institute, The University of North Carolina, and the U.S. Naval Academy, from which he was graduated in 1902. In 1917 he was granted a law degree from George Washington University, where he was president of his class. Staton first saw action in Mexico during the Dolphin Incident (1914), when he distinguished himself as a member of the assault force of marines and seamen who secured the port of Vera Cruz. For his gallantry he was awarded the Medal of Honor.

When the United States entered World War I, Staton was attached to the judge advocate general's office. In January 1917 he requested sea duty in a war zone. Accordingly, he was assigned as navigator aboard the USS Oklahoma and was soon given command of the USS Dubuque. On 1 Jan. 1918 he moved to the army transport Calameres as senior naval officer. After a year he was made chief executive officer aboard the USS Mount Vernon. He was serving in that capacity when the ship was heavily damaged by torpedoes two hundred miles off Brest, France. Staton, through his quick and heroic actions, enabled the Mount Vernon to return to port under her own power. He received the Navy Cross for his conspicuous bravery during the incident.

After the war he returned to the judge advocate general's office and in June 1921 began duty at the Naval War College. Upon completion in May 1922 he was made assistant judge advocate general. Staton remained on shore duty until 1924, when he was ordered to Chefoo, China, aboard the USS Argonne. While en route, however, he received orders to proceed to Shanghai to take command of the USS Asheville. In the Far East Station he was charged with safeguarding U.S. lives and property, suppressing rebel activities around Chinese ports served by American ships, and protecting the American legation in Peking. The diligence with which he pursued his duties was rewarded in September 1925, when he was placed in command of the USS Black Hawk, a substantially larger ship.

On 17 Mar. 1926 Staton was instructed to return to Washington, D.C., as chief of the Bureau of Navigation. He remained in that position until 1929, when he again was called to sea duty as commander of destroyer squadron eleven. In April 1931 he was transferred to destroyer squadron four, where he served as commander until granted permission to attend the Army War College in August. He next was assigned to naval intelligence in Washington, only to be recalled to sea duty in December 1933 as commander of the USS Nevada. In January 1935 he became an instructor in the Command and General Staff School at Fort Levenworth, Kans.

Staton retired from the navy in 1937 but was recalled to active duty during World War II. Assigned to the staff of the undersecretary of the navy, he headed a board administering the removal of subversives who were radio operators on American ships. He left the navy at the end of World War II with the rank of rear admiral.

In his last years Staton was engaged in the real estate business in Chevy Chase, Md. He was active in the Boys' Club and the Boy Scouts in the greater Washington area. In 1917 he had married Edith Blair of Baltimore. They had one daughter, Sally. He was buried in Arlington National Cemetery.