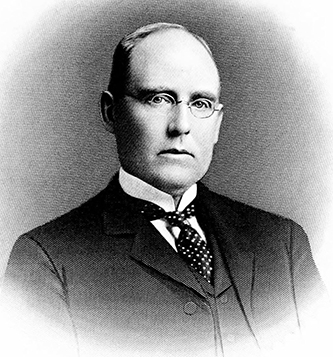 Frank (Franklin) Shepherd Spruill, lawyer and congressman, was born in Martin County, the son of William E., a Confederate soldier, and Harriet Arrington Spruill. Soon after his birth, and while the Civil War was still raging, the family moved from Martin County to a safer, less exposed area of Halifax County. Spruill began his education at the Bingham School at Mebane and then went on to The University of North Carolina, where he studied law and was editor of the University Magazine.

In February 1884 he was admitted to the bar. He practiced at Henderson for a year before moving to Louisburg, where he became the partner of Joseph J. Davis. Davis was already highly respected in Franklin County, and this association gave Spruill an advantage in his practice.

Early on Spruill took an active part in many political affairs, including support for the concerns of farmers (he mortgaged his own home to raise money for the farmers' movement); support for Grover Cleveland for president, as a delegate to the Democratic National Convention in St. Louis; and support for the free coinage of silver in a 16-to-1 ratio to gold. In 1892 he campaigned for the election of Elias Carr as governor. Spruill himself was elected to the North Carolina legislature in 1893; in Raleigh he served on the Judiciary Committee and as chairman of the Committee on Railroads and Railroad Commissioners. 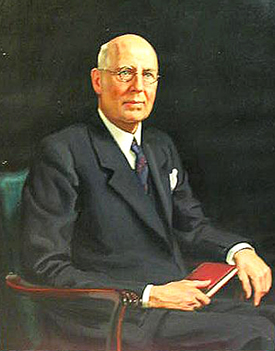 In 1904 Spruill was again nominated to the state House of Representatives, but when also selected as a presidential elector in the same year, he decided to devote all his time to that activity and withdrew his candidacy for the house. It was during the campaign of 1904 that Spruill earned a reputation as an accomplished speaker; his speeches were "pronounced by competent judges to be among the very best types of forensic eloquence ever heard in the State."

In 1907 he moved to Rocky Mount and continued to practice law. He gained still more recognition for his involvement as one of several attorneys for the plaintiff in Wells Whitehead Tobacco Company v. the American Tobacco Company, a suit involving the Sherman Antitrust Act. Spruill was also division counsel for the Atlantic Coast Line Railroad for nearly thirty years.

At The University of North Carolina Spruill had been a member of Alpha Tau Omega fraternity and of the Philanthropic Society. He later became a trustee of the university. A member of the Episcopal church, he married Alice Capehart Winston of Bertie. The Spruills had three children: Alice, Martha, and Frank. Spruill died of heart trouble at his home in Rocky Mount and was buried at Pineview Cemetery.