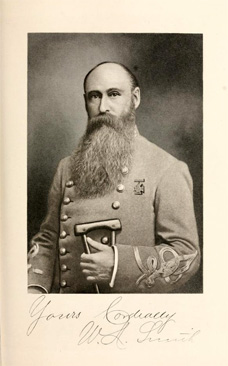 William Alexander Smith, businessman, farmer, and local historian, was born in Anson County, the son of William Gaston Smith (1802–79), a planter, miller, merchant, magistrate, militia officer, chairman of the trustees of the Carolina Female College, and leader of the local Methodist church. His mother was Eliza Sydnor Nelme of Anson County whose niece, Mary Ann Nelme Crump, was the mother of Mayor Edward Hull Crump of Memphis, Tenn.

Smith was born on the Nelme plantation near Ansonville, but his family soon moved to that town where his father built a handsome residence, the Oaks. He was educated in local schools and at Davidson College, from which he was graduated in 1865. His student life was interrupted by the Civil War. Joining the Anson Guards (Company C, Fourteenth Regiment, North Carolina Infantry) in 1861, he served until 1862, when, as a member of the color guard, he was severely wounded at Malvern Hill, injuries that required him to use crutches for the rest of his life.

Although the family fortune was depleted by the Civil War, Smith was able to launch a career in business by becoming a partner in a general store at Ansonville in 1866. Eventually he became sole proprietor and continued the store until 1886, a subsequent short-lived partnership proving unprofitable. The success of this store provided capital on which he based his later ventures.

As Smith's mercantile interest waned, he moved into the cotton textile manufacturing business, which occupied him for the next twenty years. The Yadkin Falls Manufacturing Company, located at Milledgeville in adjacent Montgomery County, was incorporated in 1883 and operated until it went into receivership in about 1896. Yadkin Falls Mill was succeeded by the Eldorado Cotton Mills in 1897. Smith was president of both companies. Eldorado, a supplier of goods to the Tucker and Carter Rope Company at New London in Stanly County, was absorbed by that firm in 1905. Two prominent individuals associated with Smith in these textile ventures were Senator Lee Slater Overman and the Reverend Francis Johnstone Murdoch, an Episcopal clergyman who was also a textile executive. After leaving textile management Smith maintained his interest in the industry with considerable investments in mills in North Carolina and South Carolina.

After retiring from cotton milling in 1905, he continued his business career primarily as an investor. Banking, commercial finance, textiles, insurance, real estate, tobacco, furniture, transportation, patent medicines, electric power, the telephone, and the mining of gold, copper, and mica all were included in his portfolio. His awareness of the potential of telephone communications and electric power is evidenced by his organization of the Pee Dee News–Transit Company and by his participation in the incorporation of the Yadkin Falls Electric Company in 1901. Another North Carolina manufactory in which he invested in the 1920s was the Edwards Railway Motor Car Company of Sanford, producer of gasoline-powered railroad passenger cars that were sold throughout North America and South America. At the close of Smith's career in the depression year of 1933, his investments were valued at $180,000.

At a time when banking was a limited institution in rural North Carolina, Smith served as a source of credit for the community. His financial records indicate that this activity extended from at least 1875 until the 1930s. Maintaining an office at Ansonville, he styled himself variously as banker, purchasing agent, capitalist, broker, and supplier. As banks developed, he invested in them, notably in the American Trust Company of Charlotte. Its president, George Stephens, assisted Smith for many years with banking, real estate, and other investments. Stephens headed the Stephens Company, which developed the Myers Park residential area in Charlotte, a project in which Smith invested. In addition, Smith directed the Carolina Construction Company from about 1904 to 1908, though it does not appear to have been a substantial operation.

Also active in agriculture, Smith operated a farm of 1,500 acres. Tenants worked on his estate, as was characteristic of the period. His reputation as a farmer was sufficient to warrant appointment by the governor as a delegate to the Farmers' National Congress held at Sioux Falls, S.Dak. 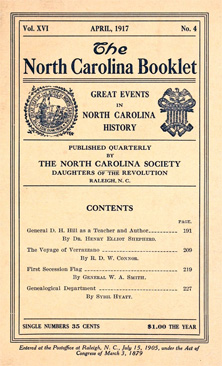 Smith, like his father, supported education. For many years he was a trustee of the University of the South at Sewanee, and during 1906–10 he sponsored Nona Institute at Ansonville. The Episcopal Diocese of North Carolina was residuary legatee of his will, the bequest being for the establishment of an institution, probably a school, near Ansonville. Smith chronicled the history of the Carolina Female College in Old Carolina College, a pamphlet published in 1923.

As a prominent layman of the Protestant Episcopal church, he regularly attended diocesan conventions and was a member of the Executive Missionary Committee. He also had the honor of being a lay delegate to the Pan Anglican Congress at London in 1908. Bishop Joseph Blount Cheshire was a friend for many years. Smith served as a member of the board of managers of the Thompson Orphanage from its inception. On the local scene he was the patron of All Soul's Church, Ansonville.

Smith's interests extended well beyond Anson County. He participated in the movement for good roads in the state and encouraged public libraries. His travels encompassed Europe, Asia, the United States, Canada, and Central America. He was a Mason and a member of the Church Historical Society and the North Carolina Literary and Historical Association.

An abiding affection for the Confederacy remained with Smith throughout his life. He was a member of the United Confederate Veterans and commander of the North Carolina Division for many years. He described an episode at the beginning of the Civil War in his pamphlet, First Secession Flag: The Raising and Taking Down of the Flag at Ansonville in February 1861 (1917). 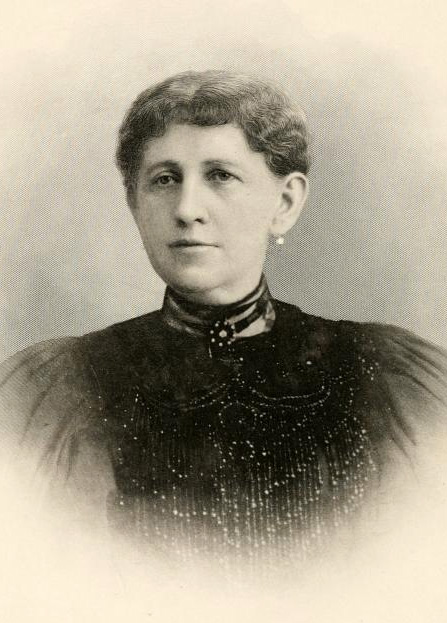 After considerable research he wrote the history of his military unit in a lengthy book, The Anson Guards, Company C, Fourteenth Regiment, North Carolina Volunteers, 1861–1865 (1914). During the last years of his life, Confederate veterans assembled each spring at his home.

Smith married Mary Jane Bennett of Anson County on 23 Dec. 1869. She was educated at Carolina Female College, Salem Academy, and St. Mary's at Raleigh. They had one son who died while an infant and two daughters, Etta (1870–87) and Nona (1872–77). Mrs. Smith died on 20 June 1914. Two years later Smith married Nancy Jane Flake, who survived him. Two of his writings concerned the family. He was coauthor with William Thomas Smith of Family Tree Book, Genealogical and Biographical, Listing the Relatives of General William Alexander Smith and of W. Thomas Smith  . . . (1922). The pamphlet, John Washington Bennett: Famous North Carolinian (1917), concerns Mary Jane Smith's brother, who was a physician. She was honored in an anonymous pamphlet, Memorials: Mrs. William A. Smith: The Good Samaritan and Heroine (1914), which Smith probably wrote.

Smith died at his home, the Oaks, in Ansonville and was buried in the family plot in Westview Cemetery, Wadesboro. He was survived by his second wife and a foster son, Bennett Dunlap Nelme, a distant relation who was a nephew of his first wife.

Smith, William Alexander. 1917. "First Secession flag: the raising and taking down of the flag at Ansonville in February, 1861". In The North Carolina booklet: great events in North Carolina history. [Raleigh : North Carolina Society of the Daughters of the Revolution]. 1901, 189. https://archive.org/stream/northcarolinaboo1916nort#page/218/mode/2up/search/ansonville (accessed December 13, 2013).

Smith, William Alexander. 1917. "First Secession flag: the raising and taking down of the flag at Ansonville in February, 1861". In The North Carolina booklet: great events in North Carolina history. [Raleigh : North Carolina Society of the Daughters of the Revolution]. 1901, 189. https://archive.org/stream/northcarolinaboo1916nort#page/218/mode/2up/search/ansonville (accessed December 13, 2013).