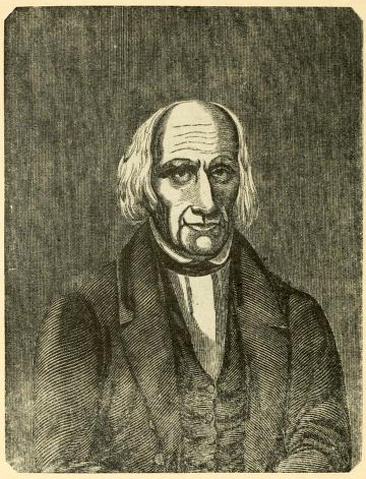 David Purviance, minister, legislator, and church leader, was born in Iredell County, the son of John and Jane Wasson Purviance, but lived most of his adult life in Kentucky and Ohio. His father, known as "Colonel Purviance" in honor of military service in the Revolutionary War, had migrated from Pennsylvania to North Carolina in 1764 and was a justice of the peace. David Purviance attended an academy near Statesville run by the Reverend James Hall, a Presbyterian, but his stay at this school, popularly known as "Clio's Nursery," was disrupted during the Revolution by his failing health and the need for him to be at home. After the war he taught school for a while and worked in the town clerk's office in Salisbury. In 1789 he married Mary Ireland and two years later moved to Sumner County, Tenn. Because of Indian attacks in the area, during one of which his younger brother was killed, he moved again in 1792, this time to Bourbon County, Ky., where he began farming.

In 1797 Purviance was elected to the Kentucky legislature, where he served several terms, but was not elected as a delegate to the constitutional convention in 1799 because he opposed slavery and advocated gradual emancipation. As a member of the Cane Ridge Presbyterian Church he was deeply moved by the religious revival that began in the area in 1800. In 1804 he joined a group of ministers and laymen that withdrew from the Presbyterian church because they could not accept certain doctrines, especially predestination. Renouncing all creeds except the Bible, they adopted the name "Christian" and soon developed a new denomination known simply as the Christian church.

Purviance migrated to New Paris, Ohio, in 1807, where he established a church of this new denomination and served as its pastor for most of the rest of his life. He was first elected to the Ohio legislature in 1809, serving as state representative for one year and as state senator for six years (1810–16); he was again elected state representative in 1826. He worked to have a state penitentiary established, opposed laws restricting the rights of free blacks in Ohio, and supported the effort to have Miami University located at Oxford, Ohio, serving this institution as one of its trustees. In the 1840s he supported the Washingtonian temperance reform movement. He died and was buried near his home in New Paris, Ohio.

Robert Davidson, History of the Presbyterian Church of Kentucky (1847).

Purviance, Levi. The biography of elder David Purviance : with his memoirs : containing his views of baptism, the divinity of Christ, and the atonement written by himself : with an appendix giving biographical sketches of elders john Hardy, Reuben Dooly, William Dye, Thos. Kyle, George Shidler, William Kinkade, Thomas Adams, Samuel Kyle, and Nathan Worley : together with a historical sketch of the great Kentucky revival. Dayton, O.H.: B.F. & G.W. Ells. 1848. https://archive.org/details/biographyofelder00purv (accessed May 19, 2014).