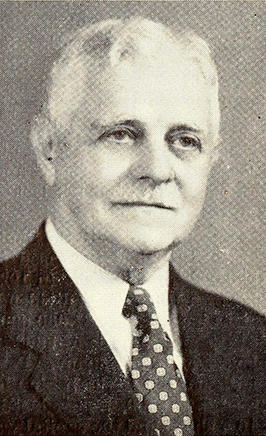 Julian Price, chairman of the board of the Jefferson Standard Life Insurance Company and philanthropist, was the son of Joseph Jones (1835–87) and Margaret Greene Hill Price (1847–1922) of Meherrin, Lunenburg County, Va. He was born near Richmond and received his formal education in a one-room schoolhouse. The village of Meherrin was a railroad stop, and it was with the railroad that Price found his first job. He once said that one of his first undertakings was cutting and selling wood to the railroad for use in wood-burning locomotives. On learning the Morse code he was employed as telegraph operator and dispatcher for the Southern Railway. In 1895 he moved to North Carolina with the railroad, first to Durham and shortly thereafter to Greensboro, where he was destined to become nationally known as an insurance executive, business and civic leader, and philanthropist.

In 1903 Price was a representative of the American Tobacco Company. But intrigued by the insurance business, he went to work for the Greensboro Life Insurance Company in 1905 and was called to the home office in 1909 as secretary and agency manager. When Jefferson Standard and Greensboro Life were consolidated in 1912, Julian Price became vice-president and agency manager. He was elected president of the company in 1919 and served until 28 Jan. 1946—a term of twenty-seven years. When he took over the presidency of Jefferson Standard, it had assets of $9.7 million and insurance in force of $81.6 million. When he left the presidency, the assets were $174.6, the insurance in force stood at $655 million, and Jefferson Standard ranked thirtieth among the nation's insurance companies.

During the administration of Governor Angus W. McLean (1924–28), Price, as head of the North Carolina Salary and Wage Commission, was instrumental in effecting a fair system of employment and pay for state employees. He became Governor McLean's most trusted financial adviser. Towards the end of McLean's term Price was strongly mentioned throughout the state for governor on the Democratic ticket but refused to have his name placed in nomination.

Shortly after World War I Price bought a majority interest in the Greensboro Record for $40,000; nine years later he sold this interest for $400,000. Subsequently, he became president of the Atlantic and Yadkin Railway and held that office until his death.

A Thirty-third degree Mason, an honorary member of the Patriotic Order Sons of America, and a life member of the Elks and of the Sons of Confederate Veterans, Price was also a past commander of the Knights Templar and a member of the Southern Society of New York. He was awarded a well-deserved honorary doctorate of laws degree at the sesquicentennial of The University of North Carolina on 13 Apr. 1946. During these ceremonies Frank Porter Graham, president of the university, characterized Julian Price as an "insurance executive and community builder who had a creative part in many business enterprises and philanthropic causes and who developed one of the largest life insurance companies in the southern states."

Price was one of the North Carolina business and professional leaders who chartered the Business Foundation at The University of North Carolina in July 1946. This foundation, working through the university, aided and promoted all types of education and research for business and industry.

On 22 Aug. 1897 Price married Ethel Clay (1874–1943), the daughter of Henry de Boisfeuillet (1843–97) and Harriet Field Clay (1850–1936). This happy marriage of forty-six years ended when Mrs. Price died on 26 Oct. 1943. They had two children, Kathleen Marshall (Mrs. Joseph McKinley Bryan) and Ralph Clay. In choosing a memorial for his wife Julian Price decided to honor her devout Roman Catholic faith, although he was not a Catholic. He personally chose an architect and a builder to copy a church that he admired. Price's legacy of $500,000 to build Our Lady of Grace Catholic Church in Greensboro was increased after his death by his two children when it became apparent that the original estimate was insufficient because of inflated costs.

Mrs. Kathleen Bryan Edwards, a granddaughter of Julian Price, relates two incidents that reveal his human side. The first concerns a man who approached Price in the lobby of the Jefferson Building when he was leaving for home after a busy day and asked him for ten dollars to buy a pair of shoes. When he asked the man what size he wore, he was amused to find that they wore the same size. Price promptly took off his own shoes, gave them to the man, and walked out to his car barefooted.

During World War II Guilford County was dry and this was hard on local Air Force base personnel. One officer inquired of the name of the local bootlegger and was told it was Price. He called Julian Price one Sunday afternoon and asked if he were the local source of liquor. Price asked what kind the captain wanted and when told, Johnny Walker, he asked the young officer, "Black or Red?" "Black," replied the stunned officer, who was then told to drive up in back of the house. The captain could hardly believe his luck when he tried to pay, for Price said, "No, no, young man, nothing is too good for our boys in the service." That afternoon the Air Force base was enthralled with the captain's awed description of how well the local bootlegger lived. They never knew that he had reached Greensboro's leading citizen, Julian Price, whose profession was much different from that of Price, the bootlegger.

Julian Price died as a result of injuries sustained in an automobile accident while en route to his mountain estate at Blowing Rock, on the eve of the third anniversary of the death of his beloved wife Ethel. In memory of their father his children established a professorship in life insurance at The University of North Carolina; funded with an original endowment of $80,000, it increased in value to $500,000 in the 1970s. Also, together with Jefferson Standard Life Insurance Company, they gave their father's estate in the mountains of western North Carolina to the U.S. government as a part of the Blue Ridge Parkway, which is called the Julian Price Memorial Park.

There are three portraits of Price. One, by North Carolina artist, Henry Rood, is owned by the Jefferson-Pilot Corporation. His daughter, Mrs. Joseph Bryan, owned a portrait by the noted artist Howard Chandler Christie. Another one, by M. D. Fox, was owned by Ralph C. Price, his son.

"The late Julian Price, whose dynamic force and native ability drove the Jefferson Standard Life Insurance Co., Greensboro, into the top ranks among the companies of the nation. Mr. Price was with Jefferson Standard (and an absorbed company) for 41 years, was president for 27 years and was chairman of the board at the time of his
death in an automobile accident October 25, 1946." Photograph. The E.S.C. Quarterly 6, no. 4. (Fall 1948). 83. https://archive.org/stream/escquarterly00nort#page/n203/mode/2up (accessed October 10, 2013).