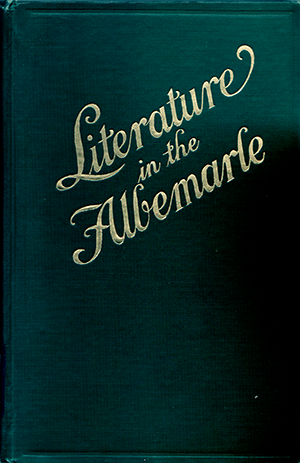 Bettie Freshwater Pool, teacher, writer, and novelist, was born on the Pool plantation in Pasquotank County, one of nine children of George Decatur and Elizabeth Fletcher Pool. Her father was a local politician and prominent farmer and her mother was the daughter of Aaron and Bettie Freshwater Fletcher. Two of her brothers, Walter Freshwater Pool and Judge Charles Carroll Pool, were prominent Republicans in the state and were candidates for Congress in the First District. She also was the niece of the Reconstruction president of The University of North Carolina, Solomon Pool, and of John Pool, a congressman. While still an infant, Bettie Pool was permanently disfigured when a careless nurse dropped her to the floor, and as a result she was unable to attend college. She received her education at a school on the family plantation where she was born.

While still quite young she was referred to as "The Little Story Teller," and her gift for storytelling remained with her all her life. Her first book, The Eyrie and Other Southern Stories, published in New York in 1905, was a collection of tales about her family's home neighborhood. Her next book, Under Brazilian Skies, appeared in 1908; it was a novel whose setting probably was influenced by a trip to Brazil that one of her kinsmen made in 1889. She also was a songwriter and one of her compositions, "Carolina, A Song," was so well received that many urged its adoption as the state song. It was published in the April 1909 issue of the North Carolina Booklet. That year a bill was introduced in the state senate to make "Carolina" the official state song. It was entered in the senate journal but nothing further came of the proposal.

It was also in 1909 that Bettie Pool contributed an article on Theodosia Burr to the Booklet , and in 1915 she published a 335-page book, Literature in the Albemarle, which became the work most closely identified with her. In it she attempted to gather much of the literary work of residents of the Albemarle area, past and present. Many of the selections, not surprisingly, failed to attain high literary standards, but the book contains selections and biographical sketches not found elsewhere. Her final work, which appeared in 1918, was a collection of songs entitled America's Battle Cry and Other New War Songs Set to Old Familiar Tunes. Other songs that she wrote included "I Love Thee, Carolina" and "My Love Is All Around Thee." Most of the music for her songs was written by a cousin, Mrs. Lilla Pool Price.

Bettie Pool spent most of her adult life supporting herself and a sister, Patty, by operating a private school at her home on Dyer Street in Elizabeth City. She was an Episcopalian and a Republican and never married. She was buried in the Pool family cemetery.