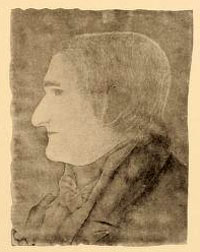 Kemp Plummer, host, lawyer, and political leader, was a native of the Mobjack Bay area of Gloucester County, Va. Some sources list his birth date as 1767. His grandfather, William Plummer I, emigrated from England early in the eighteenth century and settled in Middlesex County, Va., where he married Elizabeth (Betsy) Kemp, descendant of Richard Kemp, deputy governor of Virginia for a year (1644–45). Kemp's father, William II, moved to Gloucester County and married Mary Hayes. Their children were William III, Mary, Anne, Elizabeth, Hannah (who married Nathaniel Macon in 1783), and Kemp (namesake of an uncle who had been a major in the French and Indian War). William II died in 1774, and about 1778 Mary Hayes Plummer moved her family to North Carolina.

Kemp Plummer attended Hampden-Sydney College, graduating with the first class to receive diplomas from that new school in 1786. He then read law with Chancellor George Wythe at the College of William and Mary before being licensed to join the bar in Warrenton. The 1790 census reported him in Warren, unmarried, and the owner of thirty-eight slaves. Four years later he married Susanna Martin (1776–1838), daughter of William Martin of Granville County and a granddaughter of Nicholas Long, commissary general of North Carolina during the Revolution. The young lawyer represented his county in the House of Commons the year he married, 1794.

As a lawyer Kemp Plummer practiced in all the counties surrounding Warren, becoming immensely popular with his clients and associates. He was known as "the honest lawyer." His singing and story-telling abilities, his generosity, and his convivial disposition attracted all classes. The hospitality of the Plummer home drew friends from far and wide; the dinner parties and balls were legendary in the upper Roanoke area. By 1815 Plummer had become a dominant spirit in the "Warren Junto," the close-knit collection of politicians who lived in and around Warrenton. Nathaniel Macon, James Turner, Weldon Edwards, William Hawkins, and William Miller were a few of the luminaries of the group. Together they dominated the political life of North Carolina during the era of the Virginia Dynasty.

In the decade after the War of 1812 Kemp Plummer reached the threshold of great power. He represented Warren in the state Senate in 1815 and 1816. In Raleigh he became chairman of James Monroe's campaign organization in North Carolina. After Monroe's election, he was dispenser of Republican patronage in the state. He was a leader in Masonic and Episcopal affairs. In 1817 he was appointed a trustee of The University of North Carolina, a prestigious position he held for the rest of his life. His friends were the dominant group in the General Assembly. In 1820 they offered Plummer the governorship, but Kemp Plummer's large family and style of living made it impossible for him to accept the honor. His livelihood depended on his legal practice, and he could not afford a move to Raleigh and the governor's mansion.

Kemp and Susanna Plummer had a large family. Among the children were Anne, Mary, Henry, William, Austin, Bettie, Lucy, Kemp, Alfred, Susanna, and Thomas. One of their most illustrious grandchildren was Kemp Plummer Battle, president of The University of North Carolina (1876–91). Kemp, Sr., developed gout in his middle fifties and died soon afterwards. The Warrenton Republican mourned, "He was the glory of our little world, the pride of the village." Susanna lived on twelve more years. Three years after her death the citizens of Warrenton purchased the old Plummer home for the Warrenton Female College.