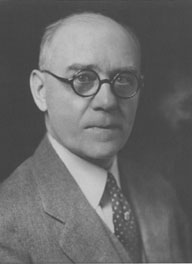 were prominent landowners and agriculturalists of Halifax County. His maternal grandfather, the Reverend John Wesley Heptinstall (1812–90), was also a local preacher of the Methodist Episcopal Church, South.

Newsom was the oldest of eight children, four boys and four girls. Throughout his life he recalled "the beauty, the happiness, and the freedom" of his early home. He attended the private schools of his aunt, Mrs. E. A. C. Jackson, and of the Reverend J. M. Rhodes before entering the "Bagley Academy" (Littleton High School and Business Institute), where he was graduated in 1894. During his high school days, he taught Latin and mathematics (1892–93) and later English grammar and classes in business practices, telegraphy, penmanship, and pen art.

In the fall of 1895 Newsom entered Trinity College (now Duke University), Durham, from which he was graduated with a bachelor of arts degree in 1899. His favorite subjects were philosophy, English, and Greek. Based on his superior scholastic record at Trinity, he was later tapped for membership in Phi Beta Kappa. A campus leader, he was a member of "9019" (a secret scholastic society) and Sigma Upsilon (literary) and a charter member of Alpha Phi chapter of Kappa Alpha (social). In his senior year he was class president and chief editor of The Trinity Archive, the campus literary magazine. He held many offices in the Hesperian Literary Society and won its orator's medal (1898).

Near the end of his first year at Trinity, Newsom was asked by Dr. John Carlisle Kilgo, president of the college, to be his private secretary. After a week's vacation at home, he returned to Durham in June and began a lifelong friendship with President Kilgo, whom he provided continuous service over many years, and a twenty-seven-year association in the business of Trinity College.

It was President Kilgo who recommended Newsom for a special position in Havana, Cuba, where Newsom spent the year of 1900 as private secretary to the comptroller of customs in the U.S. Customs House. Returning to Trinity in 1901, he became registrar of the college and six years later was named treasurer, a post he held until 1923. He served simultaneously as recording secretary to the board of trustees and as a member of the officers' finance committee.

Opening a real estate and insurance sales and service office in Durham in 1923, Newsom spent the next seven years in private business. During the same period he served as secretary-treasurer and then president (1928) of the Durham Real Estate Board and as a director of the State Board of Realtors.

Active in many local movements and institutions, he was a trustee of the Durham Public Library, Southern Conservatory of Music, and Louisburg College (executive committee); a director of the Sout 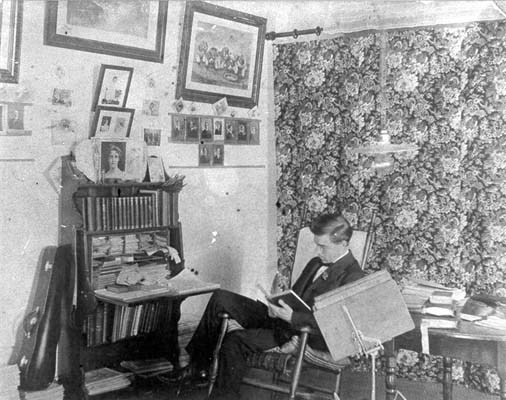 In 1924 Newsom was appointed to the Durham County Board of Commissioners and later was elected to three more terms. He expanded that interest through membership in the State Association of County Commissioners (chairman, legislative committee). In 1925 Governor Angus W. McLean named him to the Governor's Commission for a Survey and Study of County Government, assigned to project the modernization of county governments. After the recommendations of the commission were enacted into law by the General Assembly (1927), Newsom was appointed one of five members of the Governor's County Government Advisory Commission (1927–31) to help put these reforms into effect.

In 1930 the Durham county commissioners decided to inaugurate the office of county manager and asked Newsom to take the post. Even three years later, Durham "was one of only three counties in the nation with the managerial plan of government."

Until his death eighteen and a half years later, Newsom's administration of county affairs attracted nationwide attention. No movement for the betterment of the county and the area escaped his notice. The Raleigh-Durham airport became a reality (1943) through his cooperative efforts. All phases of the county's work—education, welfare, law and order—were his continuous concern, and his leadership in stabilizing the financial structure of the county remained impressive decades later.

His deep religious faith sustained him throughout life, giving him courage and composure in all situations. At Duke Memorial Methodist Episcopal Church, South, he served for years as a member of the Board of Stewards, a member and assistant teacher of the Pastor's Aides Class, and—along with his wife—a member of the choir. In 1919 Newsom was campaign director and centenary publicity director for the North Carolina Conference in the great centenary movement of the Methodist church of America and Canada to raise $125 million for use in a world program of evangelistic, educational, and medical work—the church's "answer to the crying need for world reconstruction" after World War I.

While immersed in the administrative and business details of his profession and community, Newsom maintained a deep inner life. He always found joy in returning home after a day's work to the companionship of his family and his beloved books. A calm, gentle, and reflective person, he would sit late at night on his front porch or by an open fire to savor a period of meditation.

Through all his years he wrote poetry that was seasoned with great truths and vibrant with a basic imagery and rhythm. Among his published works are two books of poems: Song and Dream (1922) and Along the Silent Ways (1973). The latter volume was affectionately edited by his daughters and published in commemoration of the one hundredth anniversary of his birth. It contains a biographical sketch and a large body of his poetry, most of which was written during his later years.

He also was the author of a History of Duke Memorial Methodist Church from 1886 to 1932 (1933) and Chapel Talks (1922) by President John Carlisle Kilgo, transcribed from notes taken by Newsom years earlier. In a lengthy paper relating his philosophy of life, entitled "The Philosophy of a Layman," Newsom pondered "the mysterious nature of the universe, man and his Creator, and the meaning of human life" and "the intricate and perplexing questions that lift themselves upon the horizon of every thinking man's mind." He wrote: "For man to search for God is the most exalted business of the human mind . . . Man's chief business in the world is to seek and to know God. All other things are but the scaffolding."

Music, too, held an important place in his life. While in high school, he studied piano, and during his college days and afterwards he studied voice under Mrs. Gilmore Ward Bryant of the Southern Conservatory of Music in Durham. He also studied violin at the conservatory. The records indicate that he sang in a male quartet at Trinity College. For a time he directed the choir of the Main Street Methodist Church, which later became Duke Memorial Methodist Episcopal Church, South. In January 1920 he became director of the first official college choir of Trinity College.

Newsom died in Durham. The funeral service was held at Duke Memorial Methodist Church, with interment in the old section of Maplewood Cemetery, Durham.