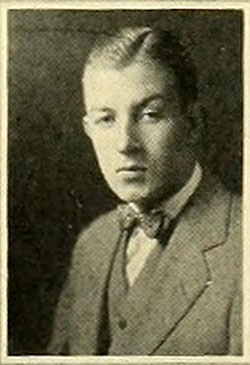 From 1921 to 1925 Murphy attended The University of North Carolina, where he was a member of Sigma Nu fraternity, the Order of the Golden Fleece, and the Carolina Playmakers. He founded the Carolina Buccaneer, a campus humor magazine, and served on the editorial boards of the Tar Heel and the Carolina Magazine, a campus literary journal. In his junior year he was named assistant editor of the 1924 Yackety-Yack, the college year-book, and because of a staff emergency, took over as editor-in-chief. He was also editor-in-chief of the 1925 edition.

On receiving his A.B. degree, Murphy returned to Salisbury and joined the staff of the Salisbury Post as a reporter. Though offered positions with larger newspapers in other states during his career, he chose to remain in his home place. In 1936 he became editor of the Post, and in 1956 he was named executive editor.

Murphy's editorials won wide acclaim, many being reprinted in the state's major newspapers. In 1941 the North Carolina Press Association, in the first year of its contest, awarded him first prize for an editorial. He won first place again in 1946 and in 1952. During this period, the Post was the only newspaper with a circulation under 20,000 to place first in the editorial division, and Murphy was the only three-time editorial winner. In 1957, when the contest had been divided into two categories according to circulation figures, he took first place in the smaller newspaper division. Murphy also wrote articles for other newspapers; numerous magazines, including The State, the Saturday Evening Post, and Literary America ; and trade journals. Other writings appear in both poetry and fiction anthologies.

In 1945 the Salisbury Post was nominated for a Pulitzer Prize for a story on the plight of a local widow and her children (the Pinion case) that Murphy had brought to the attention of the national news media. In 1948 the Christian Advocate of Chicago awarded him its top prize for an Easter editorial. In 1950 he received national recognition when the Freedom Foundation of Valley Forge awarded him a bronze medal for an editorial entitled "On the Ramparts." He won scroll citations from the same organization in 1951.

A man of character, integrity, and intelligence, Murphy held the respect and love of countless people in all walks of life. He was known for his great generosity, humor, courtesy, and, above all, a gentleness that pervaded all that he did. At his death, the editor of the Winston-Salem Journal wrote: "As one of the 'Young Turks' of North Carolina journalism in the late 1920s and early 1930s, he did much to help re-orient the political and social thinking of North Carolinians. Through the years as columnist and editor he established a reputation as an independent thinker."

Newspaper activities, although always at the heart of his endeavors, consumed only a part of his energies. He was an indefatigable worker for "good causes" designed to give humanity a better existence. His interests were diversified, embracing such fields as better race relations, music, and fine literature. As president of the North Carolina Symphony Society from 1946 to 1949, Murphy worked tirelessly for its fund-raising campaigns. He once successfully appealed to the joint appropriations committee of the legislature for a substantial increase in its recommended allotment for the group, which by 1943 had become the first state-subsidized symphony orchestra in the nation.

On 1 Sept. 1925 Murphy married Katherine DeBerry Fisher, and the couple had one daughter, Mary Marshall (Mrs. Seth S. Murdoch). He died in Salisbury at age sixty and was buried in City Memorial Park Cemetery.