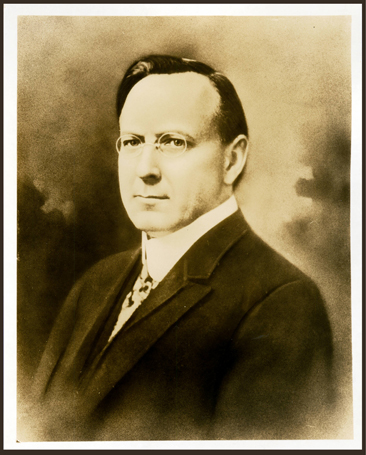 Edwin DuBose Mouzon, Methodist clergyman, educator, and author, was born in Spartanburg, S.C., the son of Samuel Cogswell and Harriet Peurifoy Mouzon of Huguenot ancestry. In 1888 he was licensed to preach and the following year was graduated from Wofford College. Moving to Texas in 1889, he was ordained deacon and elder and became pastor of a church at Bryan; afterwards he served churches in Austin, Galveston, Abilene, Fort Worth, and San Antonio as well as in Kansas City, Mo. Mouzon was instrumental in organizing a theology department at Southwestern University, Georgetown, Tex., where he was professor of theology in 1908–10. Influential in the establishment of Southern Methodist University, he served as acting dean of its School of Theology. From 1911 to 1931 he was a delegate to the decennial Ecumenical Methodist conferences in Toronto, London, and Atlanta.

At the General Conference of the Methodist Episcopal Church, South, meeting in Asheville, N.C., in 1910, Mouzon was elected bishop. He presided over most of the church's annual conferences from 1910 to 1937, as well as serving Texas Methodism (1910–20), Tennessee Methodism (1922–26), the Upper South Carolina and South Carolina annual conferences (1926–30), and Methodism in North Carolina (1926–34). Residing in Charlotte, he was the first bishop to preside over eight consecutive sessions in the state. In 1934 he was assigned episcopal duty in Virginia, West Virginia, the Baltimore Conference, and Washington, D.C., while still living in Charlotte. It was observed that in all of his contacts he was never hasty in making decisions, was sensitive to the needs of his ministers, and never uttered a bitter word towards those who differed with him.

Bishop Mouzon pioneered the "open cabinet" system of ministerial appointments, whereby the bishop consulted with his cabinet, clergymen, and churches in question. In 1910, by action of the General Conference, the Methodist Episcopal Church, South, adopted the cabinet system. In 1930 Mouzon presided over the organization of the newly autonomous Brazil Methodist church, and he also held conferences in Cuba, Japan, and Korea. He was instrumental in the merger of Davenport and Greensboro colleges as well as in the merger of Weaver and Rutherford colleges. While he was bishop in North Carolina, the Brevard Institute property was accepted by the North Carolina Conference and reopened as Brevard College.

In 1918, following the death of his wife the previous year, Mouzon wrote Does God Care ? In 1923 he published a booklet, So-Called Fundamentalism, enumerating eight objections to fundamentalism. Enlarging this work, he issued it as a book-length treatise, The Fundamentals of Methodism. He stood up to attacks by fundamentalists and, thinking that many Methodists were ignorant of their theological bases, expressed the belief that Methodism was a religion of the spirit. Bishop Mouzon was granted honorary degrees by Southwestern University, Southern Methodist University, and Duke University.

In 1890 he married Mary Elizabeth Mike, and they were the parents of six children: Harriet Peurifoy, Julia Elizabeth, Edwin DuBose, Mary Josephine, James Carlisle, and Olin Terrell. In 1919, two years after his first wife's death, the bishop married Mrs. Mary Pearl Langdon. He died at his home in Charlotte and was buried in Oakland Cemetery, Dallas, Tex. There are portraits of him at Southwestern University and at the Mouzon Memorial United Methodist Church, Charlotte.