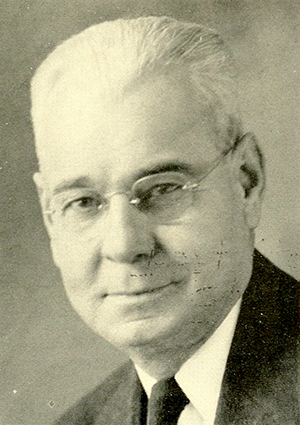 In 1890, at age six, Perry Morgan entered the public school at Holly Grove, where he was a student for eight years. He later went to Turlington Institute at Smithfield (1900–1901) after one year at Benson High School. In 1902 he qualified for a provisional teacher's certificate and then taught for four years, first in Johnston County (1902–3) and then in Harnett County (1903–6). Entering the civil service on 2 June 1906, he became a rural mail carrier; working out of the post office at Dunn, he served three separate routes simultaneously. Twelve years later he opened a mercantile business (groceries and feedstuff) in Dunn (1 Jan. 1918–1 Apr. 1920) before embarking on a thirty-five-year career as a professional leader of Baptist youth.

Early in life Morgan had begun teaching a class in his home church Sunday school and for years he served as superintendent. On occasion he was lay pastor of a nearby church, and he spent much of his time each week doing pastoral chores. Having qualified as a magistrate (he was never an ordained minister), he performed marriages and generally ministered to the people of the community. It was with that background, although with very limited formal education, that he was called in 1920 to be secretary of the Baptist Young People's Union of North Carolina. In that post Morgan distinguished himself for his patient, intelligent work among young people and for his development of a strong, inclusive program to train young people in denominational activities.

Speaking of Perry Morgan, a friend one day recalled a story about the famous evangelist Dwight L. Moody. A brash young preacher, fresh from his college graduation, approached Moody and scathingly rebuked him for his poor grammar and his obvious lack of education. Moody replied, "Young man, I use all the grammar I know for the Lord. Do you do as much?" Perry Morgan had Moody's gift, but he was remarkably fluent; moreover, his vast knowledge of the Scriptures and his sincere presentation of the Christian challenge belied any lack of formal schooling. He read widely and became an avid interpreter of principles for good living and faithful service.

In January 1928 Morgan became Sunday school secretary of the North Carolina Baptist State Convention, a position he held for eight years. For the next twelve years (1936–48) he was manager of the Ridgecrest Baptist Assembly, an adjunct of the Southern Baptist Convention. In 1949 he became business manager of the Ridgecrest Camp for Boys, retiring in the late summer of 1954 a few weeks before his seventieth birthday. He then moved to Raleigh and lived with his son, James P., and his wife.

Morgan also served as statistical secretary of the Baptist State Convention for five years and concurrently was director of summer assemblies at Mars Hill and Morehead City and of training schools in local churches throughout the state on a continuous basis. He was a deacon in his local church (Dunn's Tabernacle, Hayes-Barton in Raleigh, and Ridgecrest) and superintendent of the Sunday school. For most of that forty-six-year period, he taught an adult Bible class.

For sixteen years Morgan edited a column in the Biblical Recorder, the weekly journal of North Carolina Baptists, and was a contributor to the volume, North Carolina Baptists at Work, at Home, and Abroad. For two terms he was president of the Southern Baptist Sunday School and Training Union Field Workers Association. He traveled widely throughout the South on denominational business and was twice a delegate to the Baptist World Alliance (Toronto, 1928; Berlin, 1934). Friends have pointed out that Perry Morgan "knew more Baptists by name in North Carolina than any man in the State at any time in its history."

On 23 Dec. 1908 he married Susan Elizabeth Bell, of Dunn, and they had two children: Margaret, who died in infancy, and James P. The son followed his father in denominational work, both as a local educational director of Baptist churches and later as secretary of the Baptist Training Union of the North Carolina Baptist State Convention. Morgan died in Rex Hospital, Raleigh, just a few days after turning seventy-one. Following a memorial service at the Tabernacle Baptist Church, Raleigh, interment was in the Greenwood Cemetery, Dunn.