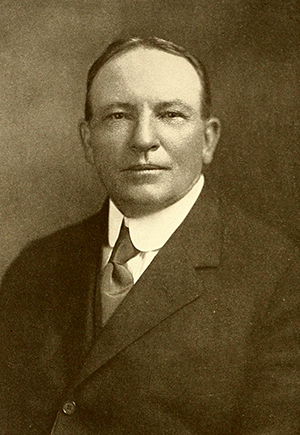 John Motley Morehead, II, textile manufacturer, congressman, and state political leader, was born in Charlotte of Scottish ancestry. The grandson of Governor John Motley Morehead, he was one of four children of John Lindsay and Sarah Phifer Morehead. His maternal grandfather was William Fullenwider Phifer, one of the most prominent planters in the state. In Charlotte, Morehead attended city schools and the Carolina Military Institute. He was graduated from The University of North Carolina with an A.B. degree in 1886 and continued his studies at the Bryant and Stratton Business College in Baltimore.

Morehead spent two years as a clerk in the Commercial National Bank of Charlotte, followed by two years in the leaf tobacco business in Durham. In 1893–94 the partnership of his father and uncle in the James Turner Morehead Company, a textile firm named after his uncle, was dissolved and some of its properties were sold to the Spray Water Power and Land Company. John Motley Morehead II became a partner in the new James T. Morehead Company and chief executive officer of the Leaksville Woolen Mills, which he continued to operate until his death. The Leaksville mill has been noted as the oldest woolen mill in continuous service in the South. In 1898 Morehead doubled its capacity by building additional facilities and machinery. In later years, he constructed another factory in Mecklenburg County; this had twice the capacity of the parent plant in Spray. 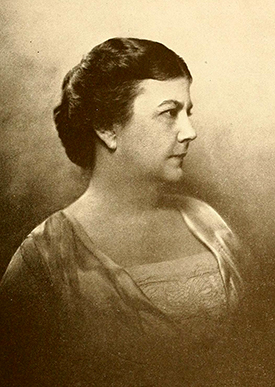 Until 1908 Morehead was politically active as a Democrat. However, changing his affiliation, he ran as the Republican candidate for the Fifth North Carolina District in the congressional election of 1908. He won the contest, becoming a member of the Sixty-first Congress (1909–11). Morehead refused to seek a second term and instead served as chairman of the state Republican executive committee. In 1916 he was elected to the National Republican Committee but resigned shortly afterwards. Later he lost his bid for a seat in the U.S. Senate (1918) and, as a candidate from the Ninth Congressional District, in the U.S. House of Representatives (1919).

Like his forefathers, Morehead was an active Presbyterian and he attended the First Presbyterian Church in Charlotte. He also was a member of the University Club in Washington, D.C., and the Southern Manufacturers Club. In addition to his involvement in the Leaksville Woolen Mills, he served as vice-president of the Thrift Manufacturing Company and as stockholder and director of the Highland Park Manufacturing Company, both in Charlotte. An ardent baseball fan, he officiated as an umpire when Charlotte belonged to an interstate league.

On 5 Apr. 1893 he married Mary Josephine Garrett. They had three children: John Lindsay, Garrett, and Catherine Garrett. Morehead died in Charlotte at age fifty-seven and was buried in the Morehead plot in Elmwood Cemetery.

Lloyd Bronson painted a portrait of Morehead in 1906. A reproduction exists in the family history written by John Motley Morehead III.