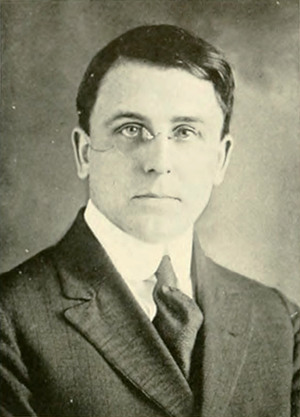 Zeno Payne Metcalf, scientist and teacher, was born in Lakeville, Ohio, the son of Abel Crawford and Catherine Fulmer Metcalf; he grew up on the family farm with six brothers. Throughout life he demonstrated an intense interest in birds, insects, and all forms of animal life and in trees, flowers, and other plant life. He received an A.B. degree from Ohio State University in 1907. Graduate studies at Harvard University led to the D.Sc. degree in 1925.

A prolific writer and hardworking scientist, Dr. Metcalf spent all of his professional life in North Carolina except for the year he was an instructor in entomology at Michigan State University. He came to the state in 1908 as an employee of the North Carolina Department of Agriculture. Four years later he moved two miles west to the campus of the North Carolina College of Agriculture and Mechanic Arts, where he was entomologist on the staff of the Agricultural Experiment Station and professor of zoology and entomology at the college. He served the college as chairman of numerous committees, head of the Department of Zoology and Entomology, director of instruction for the School of Agriculture (1923–44), director of graduate studies in agriculture (1940–43), associate dean of the graduate school of the Consolidated University (1943–50), and William Neal Reynolds Professor until his death. In 1955 he received the annual O. Max Gardner Award from the trustees of the Consolidated University as the faculty member (representing all branches of the university) most deserving of the award that year.

Metcalf was known nationally and internationally for his achievements. He was the author of nine books and nearly a hundred research papers. As evidence of his broad interest in all of the biological sciences, he was at one time or another a member of thirty-six learned and professional societies. Three of these—the Entomological Society of America, the Ecological Society of America, and the American Microscopical Society—elected him president. He served on the editorial boards of four national journals. In North Carolina he was active in the North Carolina Academy of Science and its president in 1921. During the late twenties he was an influential leader in public debates and addresses that helped prevent legislation that would have restricted the teaching of evolution in the public schools and colleges.

Internationally, Metcalf became recognized as the world's authority on the classification of a large group of insects, the order Homoptera. For over forty years he collected specimens from all parts of the world, read thousands of descriptions of species, visited museums in the United States and Europe, and began work on a forty-two-volume series of books summarizing all knowledge of the Homoptera, with descriptions of the families, genera, and species. Completion of the series was interrupted by his death in 1956, but the project was so well planned and sufficiently advanced that assistants were able to finish it. The university provided funding and secured grants from the National Science Foundation and other agencies.

As director of instruction in the School of Agriculture for twenty-one years and in charge of graduate studies for ten years, he encouraged high standards of scholarship and research; this, along with his emphasis on basic science in all curricula, laid the foundation for the future North Carolina State University. Metcalf was a strong influence in the transition of the college from a mediocre land-grant institution to one of the leading universities in the agricultural and biological sciences and in technological areas.

In Raleigh he participated in many civic and community affairs. As an active member of the Kiwanis Club for many years, he served one term as president. He was an elder of the First Presbyterian Church, where funeral services were conducted on 7 Jan. 1956, followed by burial in Oakwood Cemetery. He was survived by his wife, the former Mary Luella Correll of Wooster, Ohio; one daughter, Katherine (Mrs. Micou F. Browne of Raleigh); and two grandchildren, Martha Luella and Micou Metcalf Browne.

In 1969 an eleven-story dormitory at North Carolina State University was named Metcalf Hall, and a portrait of Metcalf was placed in the main social room of the building.