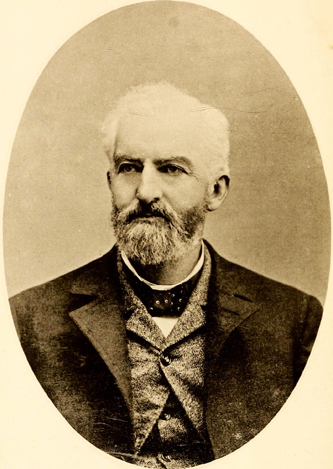 William Peter Mallett, physician, pioneer surgeon, and benefactor of The University of North Carolina, was born in Fayetteville, the second son of Charles Mallett, who, along with his three Huguenot brothers, had fled France following the revocation of the Edict of Nantes. William received some schooling in Fayetteville, then studied for several years at Trinity College in Hartford, Conn. He eventually entered the Medical College of Charleston, S.C., where he received a doctor of medicine degree in 1841. After graduation he began a practice in Tuscaloosa, Ala. Two years later he returned to Fayetteville, where he practiced for the next fifteen years.

While in Fayetteville, William Mallett earned a place in the annals of American medical history. On the night of 26 Mar. 1852, Mallett, assisted by Dr. H. A. McSwain of Fayetteville, performed one of the first cesarean sections in the South in which the patient survived. The patient, called "Mrs. Taylor" in Mallett's journals, was seventeen years old and in labor with her first child. In the process of giving birth, "the (umbilical) cord prolapsed and a fully developed child's head was locked in the pubes in the transverse presentation." Dr. Mallett informed Mrs. Taylor that her only chance for survival was a cesarean section, to which she consented. It is interesting to note that he operated without chloroform or ether, both of which were available. The patient, for religious reasons, had refused an anesthetic. However, she was given opium to relieve the pain of the operation. The child was delivered dead, and the wound was closed with four or five needles transfixing and uniting the sides of the wound by twisted sutures. The woman recovered fully, did not develop any infection, and later gave birth to several more children.

In 1855 Mallett was forced to retire because of a heart condition. After two years of farm life, he felt ready to resume his practice. Influenced by the educational advantages his children could derive at The University of North Carolina, Mallett in 1857 moved to Chapel Hill where he served the general community as well as the university. He was also instrumental in the establishment of the first university infirmary in a three-room cottage (the present site of Spencer Dormitory). Mallett stood by the university as a loyal friend and benefactor and played a prominent role in its reestablishment in 1875 following the ravages of Reconstruction.

During the Civil War, he volunteered his services to the Confederate army and for a time served in the field. Once again his health broke under strain, and he was reassigned to the Confederate General Hospital in Richmond, Va., as a surgeon. He was honorably discharged from the Confederate service in 1864 after a severe attack of typhoid fever, returning to Chapel Hill to recover his health and reenter general practice.

Mallett, who served the Chapel Hill area for more than thirty years, was believed to possess all the qualities necessary of a good physician. He relied mainly on a more natural form of medicine (vis medicatrix naturae ) and was reluctant to use drugs unless they were absolutely necessary. It was also his habit to make long and careful studies of special cases and to compare his findings and diagnosis with similar cases treated by other physicians and recorded in medical literature.

Although troubled by continued heart disease, Mallett remained active in his medical practice. He died at his home in the presence of family and friends and was buried in the Chapel Hill Cemetery. He was survived by his wife, Caroline De Berniere, whom he had married in 1841 following his graduation from medical school, and several children.

Transactions of the Medical Society of the State of North Carolina (1935).