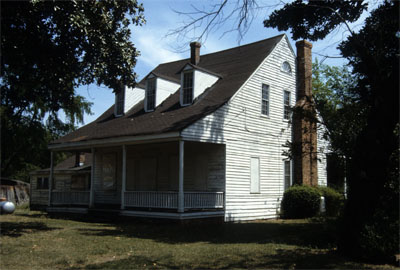 Charles Beatty Mallett, merchant, was born just outside Fayetteville in Eutaw, the son of Charles Peter, a merchant of Fayetteville, and Sophia Sarah Beatty Mallett. He was the grandson of Colonel Peter Mallett, commissary general of North Carolina during the Revolutionary War. Charles studied under private tutors until he entered Kenyon College, in Gambier, Ohio, where he was trained in science and engineering. He later joined his father in the textile business in Fayetteville and was owner of the Mallett Cotton Mill, burned by General William T. Sherman's troops and never rebuilt. He owned a controlling interest in several other spinning and weaving mills in and around Fayetteville.

Mallett's interest and participation in railroading brought him statewide prominence, especially for his actions during the Civil War. Between 1855 and 1870 he was president of the Western and Fayetteville Railroad, which reached from the first navigable part of the Cape Fear River (Fayetteville) to Egypt Station in Chatham County, the coal-mining region of the state. During the war, Mallett, in partnership with James Browne of Charleston, S.C., contracted with the Confederate States of America to mine and transport coal and other freight by rail out of Egypt, and by steamer and barge down the Cape Fear to Wilmington. He also engaged in the production of kerosene and railroad wheels as by-products of the coal industry.

Sherman destroyed Fayetteville on 11 Mar. 1865 and with it all of Mallett's mills, freighters, and barges, as well as his home and furnishings. Troops burned and pillaged many homes in Fayetteville; they were especially interested in finding food and valuables. According to tradition, when the Federals came to the Mallett home, they found only "rancid" beef in the kitchen. Mrs. Mallett had sewed all the family jewels into the hems of the children's clothes and spilled flour on the meat to make it appear spoiled.

With all of his capital left in worthless Confederate notes, Mallett attempted several business ventures after the war but failed at them all. He moved his family to a farm, Woodside, in the country outside of Fayetteville and lived in a deserted cabin designed for formerly enslaved people until his death.

Prior to the war Mallett was a Conservative Whig and against secession, but when the Southern states made their decision he fully supported it. Two of his sons and three brothers fought for the cause. He never served because of a physical disability. He was a member of the Committee of Council in Fayetteville and died as a senior warden of St. John's Episcopal Church.

Mallett was married twice: to Margaret Winslow Wright, of Fayetteville, who died in 1859, and to Marion Winslow, whom he married in 1861. He had four sons and three daughters, all by his first marriage: John Wright (a captain in the Confederate army), Charles Peter (a lieutenant), Caroline Green, Margaret Anderson, Charles Beatty, Mercer Wright, and Alice Hazelton.

Western Railroad Company; Mallett, C. B. (Charles Beatty). Memorial of the Western Railroad Company : to the Honorable, the Senate and House of Commons of the General Assembly of the state of North-Carolina. [Raleigh, N.C.]: Holden & Wilson, Printers to the State. 1858. https://archive.org/details/memorialofwester00west (accessed July 28, 2014).