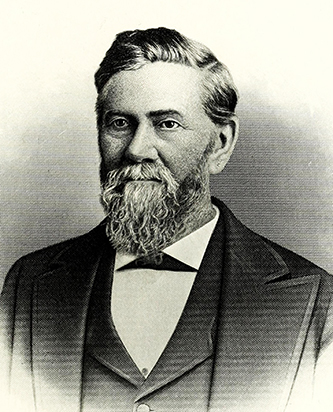 Zachariah Inge Lyon, one of the founders of Durham and a pioneer smoking tobacco manufacturer, was born in Granville County, the son of Zachariah T. and Nancy Lanier Lyon. He was the grandson of John, a Revolutionary soldier, and Lydda Billinsly Lyon; the grandson of Robert Lanier, also of Granville; and the great-grandson of Henry and Anna (or Anne) Lyon of Calverton Manor, Charles County, Md., where Henry's will, made on 19 May 1778, is recorded. John Lyon settled in Granville County after the Revolution and bought several tracts of land, including some in the Ledge of Rocks Creek area where his grandson Zachariah Inge Lyon later lived. About 1852 Lyon moved to what is now the city of Durham to supervise railroad grading, first for the North Carolina Railroad and then for the Western North Carolina and Chatham Railroad. This work, and his continued operation of his home farm, exempted him from service in the Confederate army.

Like many other farm owners, he produced a smoking tobacco for home use. Among the Lyon family papers is a letter written in 1886 from a Northern veteran who recalled how Union soldiers would swap sugar and coffee with the Confederate soldiers for some of their fine tobacco. Thus, Zachariah and J. Edwin, his oldest son, had been encouraged after the war to produce a small quantity of smoking tobacco for sale, using three or four laborers on their farm to prepare the granulated mixture for distribution in small sacks. They expanded their operations and coined the brand name, Pride of Durham. In Durham they built a two-and-one-half story wooden building, thirty-two by seventy feet, equipped it with steam power, and hired enough labor to process over 200,000 pounds of Pride of Durham smoking tobacco annually, selling it across the nation.

J. Edwin left the business briefly for that of John R. Green in the manufacture of the Durham Bull brand but returned to remain his father's partner until 1886, when they sold the entire business including the brand name to Captain E. J. Parrish. Parrish continued the operation until a disastrous fire led him to sell the business as well as the Pride of Durham name to the American Tobacco Company.

Lyon was married twice. On 12 Oct. 1837 he married Nancy B. Walker of Orange County, and they had eleven children: J. Edwin, Annie B., Cadmus H., John C., Robert E., Sarah E., Zachariah F., Nancy V. C., William G. who died in infancy, Andrew J., and Thomas F. After her death in 1873, he married on 24 July 1874 Mary P. McMannen, the widow of the Reverend John A. McMannen, a popular minister in the Methodist churches of the area. Lyon died about a year after selling his business and retiring. He was survived by his second wife and all ten of his children who had lived to adulthood. An active supporter of the Methodist church, he was buried in the graveyard of Trinity Church, Durham.