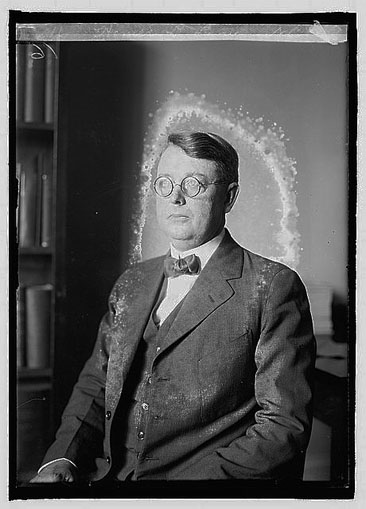 Homer Legrand Lyon, congressman, lawyer, and solicitor, was born in Elizabethtown of English ancestry. His great-great-grandfather, James Lyon, settled in Bladen County in 1735 and helped in its early organization and administration as one of the county's first public magistrates. His great-grandfather, Robert Lyon, was a leading slaveholder and planter who served in the state legislature as a representative from Bladen County. Lyon's ancestors also figured prominently in the Civil War. His grandfather, Joseph Lyon, an agriculturalist-slaveholder, was a colonel in the state militia. Joseph's brother, Captain Robert Henry Lyon, was a member of the famed "Immortal 600"; another brother, Captain Cassius Wade Lyon, who also distinguished himself in the war, became sheriff of Bladen County and later chairman of the Board of County Commissioners. Homer Lyon's father was Chatham Calhoun Lyon, a lawyer, legislator, solicitor (1901–6), and for sixteen years superior court justice in North Carolina. Chatham married Margaret Richardson, also of Elizabethtown, and they had two other sons of note: Joseph Alden Lyon, a lawyer and mayor of Elizabethtown, and Terry A. Lyon, a lawyer in a prominent firm in Fayetteville.

As a judge's son, Homer L. Lyon was reared with a vigor for the law and politics. After receiving an education at the Davis Military School in Winston, N.C., he went on to earn a law degree from The University of North Carolina. In 1900 he was admitted to the bar, and the following year he set up a practice in Whiteville. He attended the North Carolina Democratic Convention from 1901 through 1921 and the Democratic National Convention in 1901 and 1940. In 1913 he became solicitor of the Eighth Judicial District of North Carolina, serving until 1920. In the latter year he ran for Congress from the Sixth District, which included Harnett, Cumberland, Robeson, Bladen, Columbus, and Brunswick counties.

Lyon began his illustrious congressional career at a time when Washington, D.C., was not the fashionable place it was to become. In fact, very few members of that day found the city exciting. Taking his seat in the Sixty-seventh Congress, he was assigned to the Rivers and Harbors Committee (now defunct). Although this committee received little national attention, Lyon served prominently. He was a sponsor and cosponsor of many bills directed at midsize cities and towns like those in his own district. His legislative activity contributed to the prosperity of the state and showed his firm commitment to his personal constituency as well as to what was good for the country as a whole. This prompted others to refer to him as "liberal-minded, whole-soled, and clear-minded" and made him very popular back home. Described by colleagues on Capitol Hill as "fair-minded," Lyon demonstrated broad legal and statesmanlike abilities throughout his years of service.

Among his most admirable crusades were those for internal improvements and for the separation of church and state. His work on the Rivers and Harbors Committee made him an architect of much of the internal improvements legislation. He also vigorously supported anti-blue law legislation, arguing that the statute violated the First Amendment concerning the separation of church and state. When Congressman Lyon left office in 1929, Representative Robert L. Doughton was among those who expressed regret at his decision not to run for reelection. He returned to the practice of law until his retirement in 1950 due to failing health.

Lyon married Kate Burkhead in Elizabethtown. He died in Whiteville at age seventy-seven after a long illness. Funeral services were held at the Whiteville Methodist Church where he served as a layman and member of the board of trustees, and he was buried in Memorial Cemetery. In addition to his wife, he was survived by two daughters, Mrs. Vance Brand of Urbana, Ohio, and Mrs. John Sharp May of Burlington, N.C.; a sister, Mrs. Mattie Lyon Clark of Elizabethtown; a brother, Colonel Terry A. Lyon of Fayetteville; and eleven grandchildren.