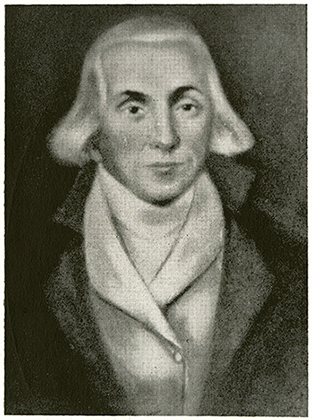 Thomas Lovick, assemblyman, member of the General Court, and militia colonel, held a variety of governmental posts in eastern North Carolina. The older brother of John Lovick, he was born in Chowan County but little is known about the first half of his life. Lovick became active in colonial government when the Council appointed him a justice of the peace for his home county in 1724. The next year he was given a similar position in Bertie County and was named to the General Court at Edenton. Lovick served as a grand jury member from 1724 to 1731 and in the latter year became assistant justice of the General Court, a position that he reportedly obtained through the scandalous dealings of Governor George Burrington.

According to a petition sent by three members of the Assembly to the Duke of Newcastle in England, Lovick's appointment as assistant justice was only part of a scheme by Burrington to gain control of the court. Apparently the current chief justice of the General Court, William Smith, resigned early in June 1731, but instead of appointing a new justice immediately, the governor waited nearly seven weeks. He then declared that a state of emergency existed which would allow him to appoint two new members to the court. Burrington named Christopher Gale chief justice and Lovick assistant justice, even though their appointments raised the total number of justices to eight instead of seven—the maximum number set by law. Governor Burrington took this action, according to the Assembly members, to ensure that there would be men on the court who were sympathetic to his point of view.

Lovick's position allowed him better access to colonial authorities, and he managed to prosper through a series of political appointments. In 1733 he moved to Beaufort and in 1734 was appointed justice of the peace for Carteret County, a post he held for the next twenty-one years. He was elected to the Assembly in 1734 and served on a number of committees, mainly dealing with monetary and fiscal matters. In 1739 Lovick was appointed powder receiver for Old Topsail Inlet, a position he used as a stepping-stone to obtain the post of port receiver for Core Sound in 1746. As port receiver, he was responsible for collecting the duties on all liquor and rice shipped from the sound. His performance in this post led the Assembly to appoint him tax collector for Carteret County, a position he held from 1746 until his death. In 1748 Governor Gabriel Johnston recommended him for the Council but he was not appointed.

Lovick also played a significant role at the local level. For example, from 1745 until his death he was the commissioner of roads for the northeastern part of Carteret County. He was responsible for the construction of Fort Dobbs on Old Topsail Inlet, begun in 1748 and completed by 1753. Lovick was also appointed commissioner for public building at New Bern in 1749. As a colonel in the militia, he commanded a regiment of two companies with 195 men.