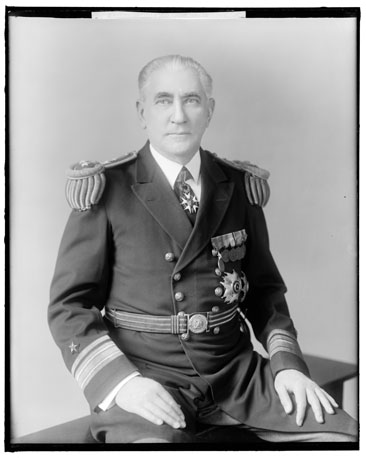 Andrew Theodore Long, naval officer, was one of ten children in the family of Thomas Simpson Long, an Iredell County planter, and Rosanna Camilla Neill Long. In 1881 he enrolled in a military school conducted by Captain W. T. R. Bell at Kings Mountain, N. C. Two years later he entered the U. S. Naval Academy, where he was president of his class for four years and was graduated in 1887. Beginning as an ensign on 1 July 1889, he progressed up the scale until reaching the rank of rear admiral on 15 Sept. 1918.

Long had a distinguished naval career that stretched for forty-seven years. He served on board the battleship Minnesota during the Spanish-American War, and he was with American naval forces in China during the Boxer Rebellion of 1900. In 1901 and 1902 he was navigator of the cruiser Vicksburg, which transported U. S. troops commanded by General Frederick Funston to the Philippines for a campaign against native insurrectionists led by Emilio Aguinaldo. While commanding the presidential yacht Mayflower in 1906 and 1907, Long became a close friend of President Theodore Roosevelt and his family. As executive officer of the USS Illinois, he was with the Great White Fleet when it sailed around the world in 1907 and 1908. For three years (1909–12), the North Carolina native was naval attaché at the U. S. embassies in Rome and Vienna. After commanding the cruiser Des Moines for a year, he was supervisor of naval auxiliaries from 1914 to 1916. 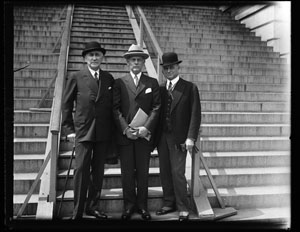 During World War I, Long commanded two battleships: the Connecticut and the Nevada. Before the conflict ended, he was appointed liaison officer for the Supreme War Council. For his service during the war, Long was awarded the Distinguished Service Medal. Afterwards, as naval attaché in Paris, he helped draft the Treaty of Versailles. Between January and September 1920 Long commanded Battleship Division Four, Atlantic Fleet. He then served briefly as director for Naval Intelligence in Washington, D. C. In 1921 he became chief of staff for Admiral Hilary P. Jones, commander in chief of the Atlantic Fleet. In 1922 Long assumed command of U. S. naval forces in European waters, and in 1923 he was appointed chief of the Bureau of Navigation in the Navy Department. The following year he became a member of the navy's General Board, a position he held for six years.

In addition to his duties on the General Board, Long performed a number of other valuable services for his government. He was aide to the king and queen of Belgium on their visit to the United States in 1924 and served in the same capacity during the visit of Queen Marie of Rumania in 1928. Between 1926 and 1928 he was naval adviser to the head of the American delegation to the Preparatory Commission for the Disarmament Conference at Geneva, Switzerland. He was also adviser to the American delegates to the Three-Power Naval Conference in 1927. After his retirement from the navy in 1930, Long served for seven years as director of the International Hydrographic Bureau at Monte Carlo, Monaco.

On 3 Mar. 1928, in New York City, Long married Mrs. Viola Vetter Fife, the daughter of Carl Ernest Vetter and the former wife of George Buchanan Fife. The couple had no children. Long was a Methodist and a Democrat. He died in St. Augustine, Fla., and was buried in Arlington National Cemetery. His personal papers, which contain numerous photographs, are in the Southern Historical Collection of the University of North Carolina, Chapel Hill.